Today marks the first day athletes can sign on the dotted line during the NLI period, which runs through August 1, 2023.

Of course, that doesn't mean every athlete who's on the cusp of signing a scholarship will finalize on this day. But it does mean that signing season is officially underway.

Over the last few weeks, talented cross country and track and field athletes have been announcing their long-term plans.

Over that time, MileSplit has ramped up its recruiting coverage, with more stories, features, podcasts and insight into the best and brightest athletes of the Class of 2023, along with conversations with NCAA coaches and updates on our latest Top 50 recruiting lists.

For more, visit the links below and stay tuned for updates on this page throughout signing season.

Note: You can search for college commitments by typing in the 'Search For A College' bar and entering your program of choice.

MileSplit will be tracking college commitments and signings this week and through the next year. The first day of the National Letter of Intent signing period begins on Wednesday, Nov. 9, and will continue through Aug. 1, 2023. If you would like to notify MileSplit of your signing, email us at signings@milesplit.com. You can also follow our in-depth coverage at:

Which school will Mekhi Gammons pick on National Signing Day?

Key recruiting wins have vaulted Toledo up the national rank

Oregon's charm led to Connor Burns' commitment, plus more (below)

Burns credits his father for helping coach him and chart his workouts, and he sees Schumacher as someone who can help him get to the next level in college and beyond. Oregon also has assistant coach Shalane Flanagan, a four-time Olympian who has served as an assistant for the Bowerman Track Club under Schumacher since 2019 (Link). "The biggest thing we need our freshmen and newcomers to buy into is the team culture and knowing that everything they do is for the good of the team. It's a two, three, four-year process. We try to get people to see the big picture of the team and understand that it's going to take a great attitude and a lot of hard work." 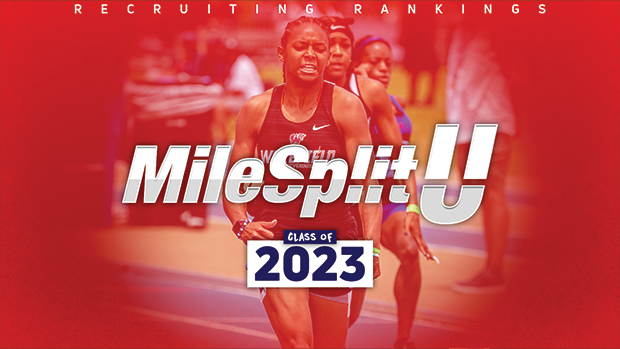 Reigning NCAA Champion Florida is crushing it this offseason

What to expect from the incoming NLI season this fall

Top freshmen who could (or might not) redshirt this fall