The highly-touted additions keep on coming for the Ducks in Eugene.

On Sunday afternoon, Simeon Birnbaum, the sub-4-minute miler and top distance talent out of Rapid City Stevens in South Dakota, announced his commitment to the University of Oregon on social media.

"Thank you to everyone who made this dream a reality," Birnbaum wrote.

The South Dakota star made headlines during the track season when he seemingly came out of nowhere to clock 3:59.51 for one mile at the Brooks PR Invitational in June, becoming the first 16-year-old in the U.S. to break four minutes at the distance and the fifth high schooler to surpass the barrier during the 2022 outdoor season.

Birnbaum has continued his dominance on the cross country course this fall as a senior, winning his second consecutive South Dakota Class AA state title and clocking a new 5k personal best of 14:47.80 at the Nike Heartland Preview in September.

The distance program in Eugene is making waves in its first year under the leadership of Jerry Schumacher and Shalane Flanagan, both formerly of the Bowerman Track Club. Heading into NCAA Cross Country Regionals on Nov. 11, the men's and women's programs sit 18th and 10th in the nation, respectively, in the latest USTFCCCA Cross Country National Coaches' Poll. 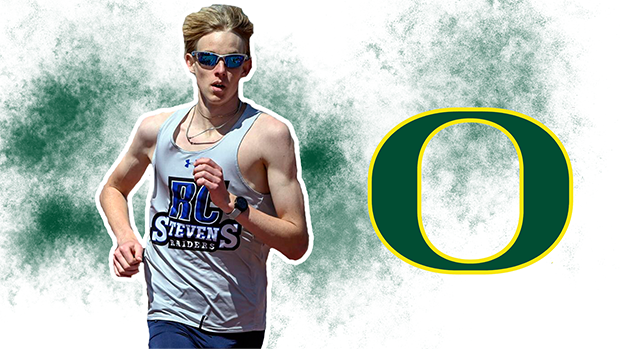