The Olympic Trials are finished and we can't stop talking or thinking about it.

So what are the key takeaways from a high school standpoint? We saw more than a handful of recent former high school stars punch their tickets to Tokyo. Here, we'll look at just how well these college athletes have developed since entering the NCAA ranks.

Below, we highlight three collegians and look back at how far they have come since their high school days. 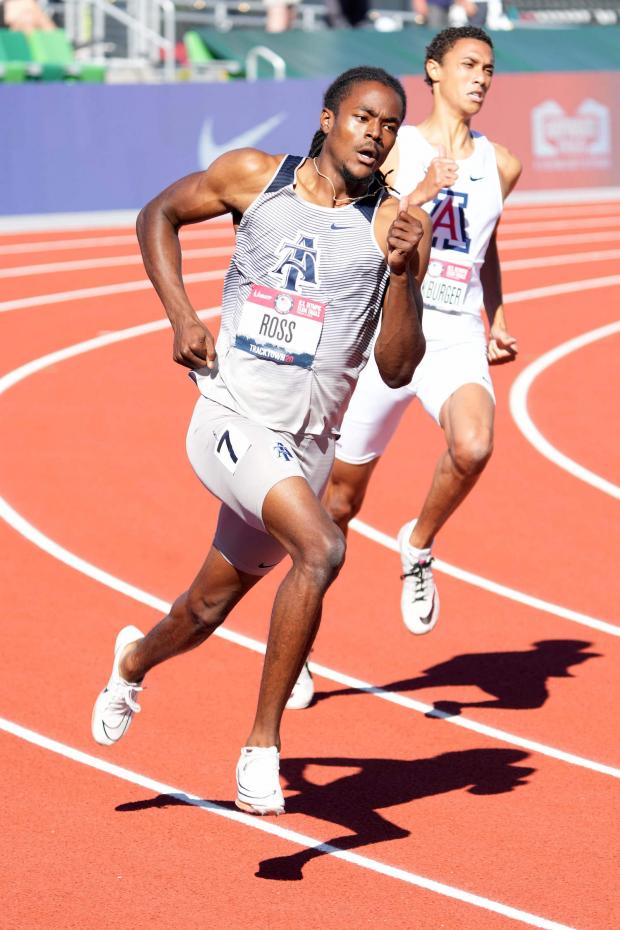 One of the newest Olympians at 400 meters is Ross, the NCAA champion in the event from earlier in the month.

Not only is Ross an NCAA champion and Olympian, but he also ran incredible personal bests of 20.50 (200m) and 43.85 (400m) seconds. Of course, this is something that we should have seen coming -- or at the very least, we could have expected Ross to eventually catapult up the national ranks.

Generally speaking, a high jump mark of 7-0 would have made that the primary event for Ross at the collegiate level.

Of course, as we have all realized, training with a long-sprints program like North Carolina A&T, where head coach Duane Ross is also his father, has clearly helped Randolph realize that his best event is the quarter-mile.

Yet another 2019 high school graduate, Jasmine Moore is now headed to the Olympics in the triple jump, snagging the third and final spot to Tokyo.

Interestingly enough, Moore wasn't even an NCAA champion. She placed second in the triple jump and third in the long jump at the NCAA Outdoor Championships.

Still,  Moore simply put together a clutch performance while certain athletes faltered, resulting in her qualifying for the Olympic Games. This certainly seemed like a realistic possibility just a few years ago, though.

With high school personal bests of 21-0.25 (LJ) and 45-4.75 (TJ), it was understood that a few more improvements over the next few years could lead to grand accomplishments for this Georgia star.

Sure enough, an Olympic berth has been the result. Isaiah Jewett, a California native and now 23 years old, was a talented high school runner. He wasn't a star.

He ran 1:54.50 for 800 meters in 2015, but his best event was likely the 400 meters where he ran a time of 47.62. He didn't come to the University of Southern California initially, instead signing with UC Irvine out of high school.

But during his time at USC, Jewett has undoubtedly improved in both events. His mark of 45.96 in the 400m is an excellent result, but the quarter-mile hasn't been his best event collegiately like it was in high school.

Instead, it's been the 800 meters. After running well under the 1:50 barrier throughout a good portion of his collegiate career, Jewett adopted a front-running approach which has yielded marks of 1:45, 1:44 and recently 1:43.

Those kinds of times are CRAZY fast, especially that 1:43 mark, which was good enough to place 2nd overall at the Olympic Trials and earn him a trip to Tokyo.

Jewett has always been talented, but his rise has seen him go from being a solid high school middle distance runner to an elite American superstar in a loaded event.