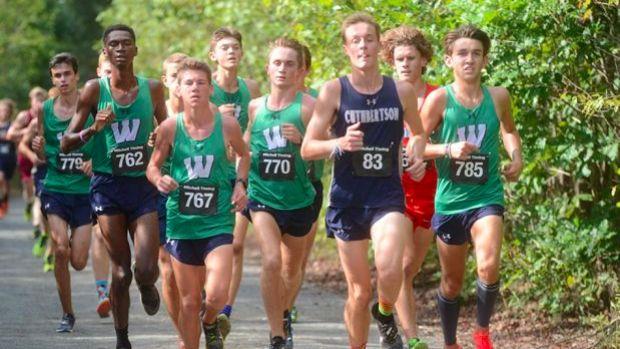 Breakdown: Arguably the top meet of the weekend, Great American will pit an extreme amount of talent together at WakeMed. The country's No. 1 team, Loudoun Valley, will have to stymie squads like Weddington (NC), Bishop Hendricken (RI), Bolles (FL), Severna Park (MD) and St. Pius X (GA). In addition, this race will also act as a preview to NXR Southeast and could offer a litmus test for where certain teams stand in the pecking order. It would be hard to bet against Loudoun Valley (VA) by virtue of its performances so far. The sheer depth of the Vikings can be overwhelming, but the team shouldn't overlook anyone, either. Weddington (NC) proved at Friday Night Lights that it could run in a very tight pack at an alarmingly fast pace, while Bolles (FL) is coming into the race with a lot of talent but with less proven in 2018.

On the girls side of things, we'll finally get to see Saratoga Springs (NY) senior Kelsey Chmiel, who opened her season in August at Great Meadows. Her performance there in Virginia was remarkable and earned her a 162 speed rating, so this will give a national audience its next chance to see what all that training did for the New Yorker in the meantime. Meanwhile, teams like Marietta (GA), Pine Crest (FL), Blacksburg (VA) and Saratoga Springs (NY) still have a lot to prove. Each lineup will be looking for validation in this field.