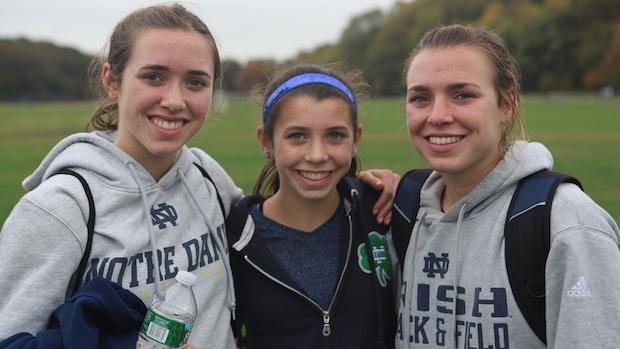 Aragon sisters Alexa and Danielle have carried on their father's running legacy at Notre Dame. Youngest sister Christina (center) has one more year of high school and says she is exploring all options for college. (Photo courtesy of Chuck Aragon)

The Aragon success on the track preceded Teeny - by more than 30 years.

Aragon's father, Chuck, was the first New Mexican native and University of Notre Dame runner to break four minutes in the mile as a senior in 1981. Besides those records, he is most known for the epic 1984 Olympic Trials 1500m race that saw him tragically dive at the line to finish fourth and just miss qualifying by five hundredths of a second behind Jim Spivey, Steve Scott and Sydney Mareé.

Mom, Kathy (neé Pfiefer), competed in three Olympic Trials herself, most recently in 2004.

Sisters Alexa and Danielle both won multiple state titles for Billings and earned All-American honors together as Fighting Irish. Alexa, a 2014 graduate, was an All-American in the 3k steeplechase and partnered with Danielle to earn All-American honors in the distance medley relay in 2013. Danielle ("Dani") is a junior with one more year of eligibility. She is currently injured, but captured the ACC title in the 3k and runner-up honors in the Mile this indoor season. 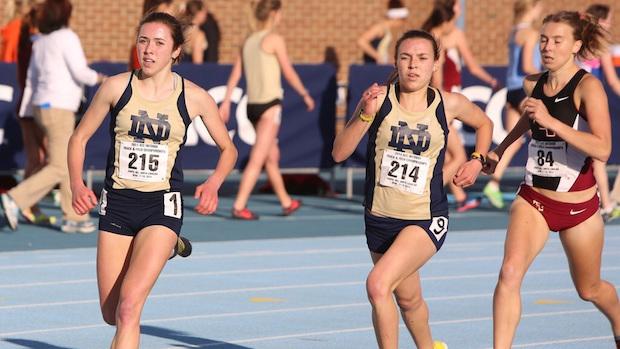 Watching her sisters win state and set records opened Aragon's eyes to her own potential.

Teeny is referencing the 2012 Montana state meet, when sister Dani ran 2:08.31 in the 800m to shatter a 39-year state record while battling through snow, wind and mid-30s temperatures.

"When your sisters prove it's possible, it almost makes it easier to experience," she said.