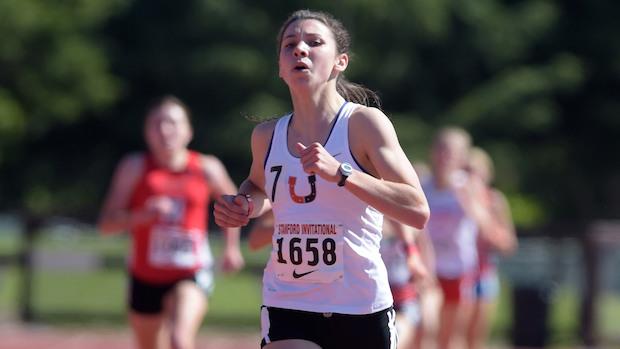 Christina Aragon of Billings, Mont. started her stand-out season with a win at the Stanford Invitational. (Kirby Lee, Image of Sport)

The mystique of the sub-four minute mile is always a popular topic of conversation for the nation's top high school boys. But it's not just boys setting records in the classic distance this year.

There's a girl out in Billings, Mont., who has already run her way into history.

High school junior Christina Aragon ran 4:16.36 for 1500m at the Payton Jordan Cardinal Invitational, placing fourth in a field of professional and collegiate runners. The mark catapulted her to U.S. No. 5 on the All-Time List, putting Aragon as a favorite for the adidas Dream Mile and at the epicenter of a resurgence in girls middle-distance running.* 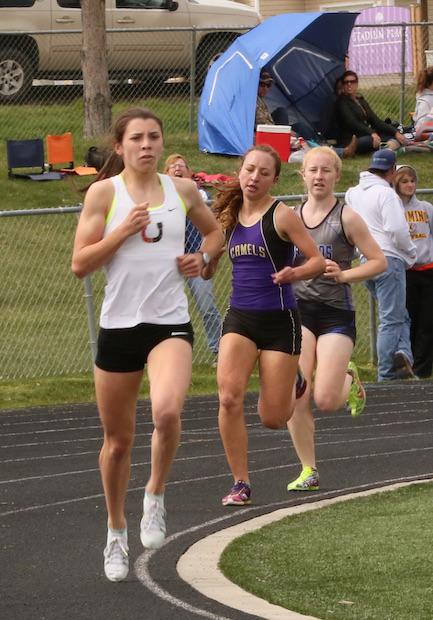 "I was actually hoping to run a 4:25," she said. "Before the race, the girls were saying that they wanted the rabbit to go 67-68 and I was pretty nervous about that, because that was a little fast for what I was trying to run... It was kind of hard to tell, exactly, because there's not really a mark at the 300, so I wasn't exactly sure what I was going through in."

But Billings distance coach Don Blankenship says he was "not surprised at all."

"I told her before she left, she was capable of running [that]," he said. "The way she carries herself is very good, she is one of the smoothest runners I've darn near ever seen."


This all from a girl who does not consider track her main sport. If there were more opportunities in gymnastics, the track and field world may never have watched her lace up a pair of spikes.

But how long can you outrun a family legacy?

* - Editor's Note: The top 10 prep performances ever recorded in the 1500m came from just three girls - Mary Cain, Alexa Efraimson and Elise Cranny - all in the past three years. Both Cain of Bronxville, New York and Efraimson of Camas, Wash. turned professional before graduating from high school. Cranny is a freshman at Stanford. The table represents the top 10 high school performances by 10 different athletes. A table of the top 10 overall marks would include Mary Cain 8 times (including the top two marks), Alexa Efraimson once at No. 3 and Elise Cranny once at No. 8.