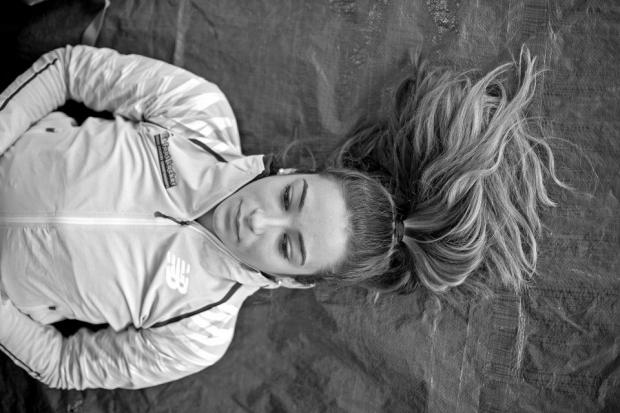 Nevada Mareno made sure her first appearance in a Team USA jersey was a memorable one.

The senior at Leesville Road High School in North Carolina earned an individual bronze medal and led the red, white and blue to the junior women's team title over Great Britain and Europe at the Bupa Great Edinburgh Run in Scotland last weekend.

The accomplishment is another notch on the belt for the athlete that FloTrack ranks the No. 1 distance recruit in the Class of 2017.

But just a year ago, the rising star in American distance running couldn't get herself off the couch.

"I finished really well at Foot Locker [in third], and I was so excited to get home and ready to do a lot of crazy stuff indoor," Mareno said of her mentality last December. "Within a day or two, and then five days off, I realized how nice it was not to be running and how stress-free I was. It was like I was a different person for those five days.

"Just coming home and watching TV and taking a nap... it was so nice. I would get out my door to go for a run and start crying."

Click here to read the rest of the story at FloFeatured, FloSports' home for long form sports writing.