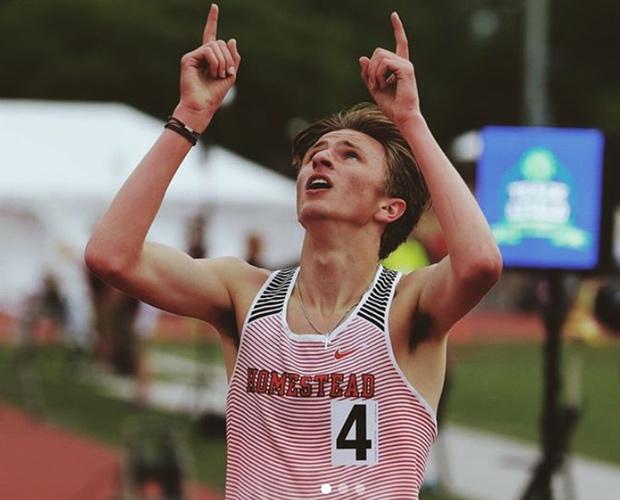 1. We have to start with Kenny Bednarek. What in the world, Kenny Bednarek! The Rice Lake senior had a historic performance in the Division 2 Track and Field Championships, scoring state titles in the 100m, 200m and 400m, which added to four previous state wins over the last two years. That wasn't the remarkable part, though. Bednarek scored a US No. 1 wind-legal 200m time of 20.43 (+0.4) in the prelims before adding his second sub-21 time of his career in the finals (20.98). He also added a US No. 11 effort of 46.68 in the 400m. Bednarek is headed to Indian Hills Community College next fall to continue his career.

2. Another sprinter to impart her will on Wisconsin competitors was Brooke Jaworski. The Wasau West junior processed her first title in the Division 1 300mH in a US No. 5 time of 41.50. She added a US No. 16 effort of 53.75 in the 400m to grab her third straight title in the event.

3. The distance events belonged Drew Bosley, though. After an incredible cross country season that saw the Homestead junior post two All-American finishes at NXN and Foot Locker, Bosley won his first Division 1 outdoor 1600m title in a state best 4:10.39 and his first championship in the 3200m in 8:59.49, becoming just one of three athletes in the state to ever go under 9 minutes at the state meet.

4. Fond du Lac junior Andrew Stone already found himself in the nation's top 10 in the shot put before the state meet. But he lived up to his billing there, scoring a top throw of 63 feet, 10 inches. That proceeded to win him his first state title, while he was second in the discus (178-9).

5. Had Ty Olejnik's record long jump been wind legal, he would have stood as the nation's best athlete at that event. But instead, the Sussex Hamilton (WI) senior is probably just as happy with a state title and a US No. 10 all-conditions mark. The jump was a career best by over seven inches and won him his first championship after two straight ninth-place performances over the past two seasons.