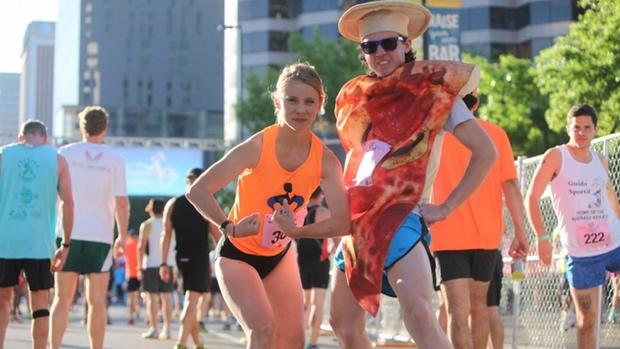 In 2017, during the last attire controversy that swept the high school track and field world, a concerned parent in New York argued that high school girls should not wear bun-huggers during competition. Former MileSplit staffer Johanna Gretschel then responded about why it is important for young women to understand why choice matters, and that it should be up to the athlete to choose what they're comfortable with.

Buns, bunnies, booties, bun-huggers, briefs, underwear bottoms . . . no matter what you call'em, if you're a cross country and track and field athlete, you know what I'm talking about.

The topic of women's athletic uniforms -- specifically, the bottoms -- went viral last week after a Long Island, New York, mom started an internet campaign to ban high school girls from sporting high cut, bathing suit-style briefs in competition. While it's highly unlikely that the ban will actually happen, the change.org petition has sparked a lot of debate over the past week that bears some examining.

Why do women wear buns anyway? If they lend a competitive advantage, why don't men race in briefs? To the second question, I will just say that I have seen 100 percent more wardrobe malfunctions in men's rather than women's uniforms already, and we really don't need more moments like this. It's anatomy, folks. To the first question, well, here's how and why I grew to love racing in buns.

I started cross country as a 9th grader and was pretty clueless about the sport -- and about why certain girls teams raced in "underwear bottoms." I thought it was pretty weird. My teammates and I made fun of athletes on other teams and said to each other, "Thank god we don't have to wear those."

When I reached out to my social media network last week for feedback about the potential bun ban, a lot of women said they would not have joined the cross country team in high school if everyone was required to race in buns. 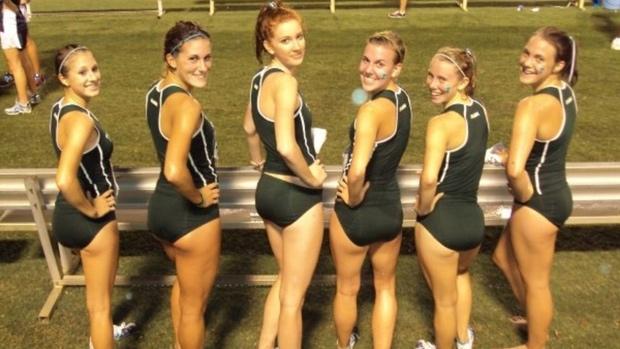 The fact is most people in high school did not and do not wear buns. There were just a few teams, and only their varsity squad wore them, not the junior varsity or freshmen squads. A few months into my first season, I noticed that it was only the really good teams that wore buns -- the girls who were winning our conference championship and placing at the Maryland state meet.

I didn't care that much about running fast or start following the sport until my junior year. Once I was fully dialed in, I started to become a little bit jealous of the underwear teams. Our school uniforms were super baggy and heavy; it was hard to feel fast while racing. My rivals seemed to gain some magic power from lining up on the course together in their racing bottoms. There wasn't much I could do about the singlet, but eventually I purchased a pair of plain black spandex shorts that I wore for races instead of the basketball-length "running shorts" that we hiked up our thighs as much as possible.

I immediately noticed a difference when I raced. "The shorts" made me feel sleeker, quicker and -- perhaps most importantly -- more confident than I did in my usual practice garb. Senior year, our 4x400m relay team got white spandex shorts together and we made state for the first time.

Read: Female Empowerment, From A Former Runner Whose Team Was DQ'ed For Bun-Huggers

In college, we didn't race in buns until sophomore year. It was an exciting moment. By then, I had followed the 2008 Olympic cycle and had a year of NCAA experience under my belt. I was well aware that the best female runners at every level of the sport competed in briefs. So, to most of us, it was simple -- if you want to be the best, you have to train like the best, and for an extra boost of confidence, look like the best. I think it's the same reason why you see so many female runners with the same braided ponytail at cross country meets, or athletes wearing makeup as their battle paint. 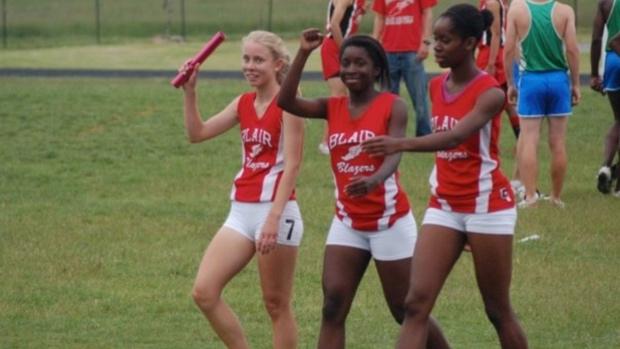 I'm not saying you have to wear makeup or buns to run fast. I think these things are confidence boosters for some people and heck, if Jenny Simpson (then Barringer) was wearing buns, then I wanted to wear buns. It's natural to want to emulate your idols.

Believe it or not if you haven't worn them before, but buns are actually more comfortable and more likely to stay in place than than most spandex shorts.

The comfort sentiment was the No. 1 reaction elicited when I asked people what they thought of the bun ban.

"If the mom wants to ban buns, she might as well ban spandex shorts," wrote my former college teammate, Rebecca Boudreaux (neé Coady). "The spandex shorts we got in college were worse than the buns. They would ride up my ass big-time. There was more to show with the spandex than the buns."

"I've only ever raced in buns since high school!" wrote Krista Moylan, who ran track and cross country for Southern Miss. "As someone blessed with a booty, buns actually rode up less and chafed less than any other option. And there was something special about putting on buns that just made you feel fast. Look fast, feel fast, race fast. [I'm a] big buns supporter."

But at the same time, there's women like Anh-Chi Do, who was on one of the bun-wearing cross country teams that I competed against in high school. She says the varsity girls all had to wear matching bottoms and the seven would vote on buns vs. shorts before every meet. 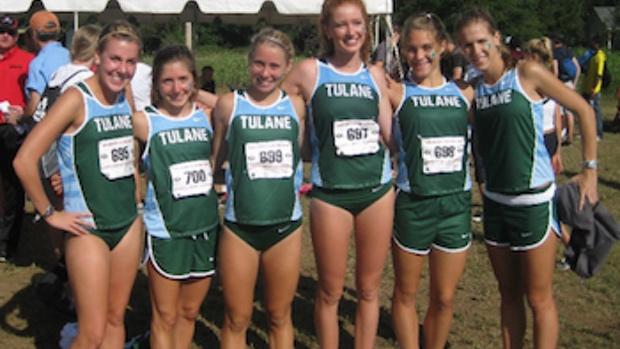 "I felt that there was too much exposure and they were also uncomfortable, since they could ride up," she wrote. "Ever tried wearing buns and a pad? Talk about terrible. And I disliked the weird sexualization. Even if you say it's an official uniform, there were still the uncomfortable comments from other viewers or even male athletes."

Ultimately, everyone on both sides of the debate seems to agree that the choice of bottom should be up to the athlete and the athlete alone. If you're the low stick in the vote, you shouldn't be forced into wearing buns if they make you feel uncomfortable. But a petition on change.org shouldn't be able to take away your right to wear them, either.

The magic of the buns sort of disappears after college, since it becomes less socially acceptable to wear them in regular person road races. But don't tell that to Megan Gohres, an LSU alum and one of my regular running partners when I lived in New Orleans. One of her mottos is "sun's out, buns out."

She convinced me to buy a new pair with her one year for the city's biggest annual road race, the Crescent City Classic 10K. And when I stripped down from my warmup shorts to toe the line in flats and buns, I didn't feel so much like a washed-up, ex-collegiate runner anymore. I felt fast. I PRed. The magic is real.