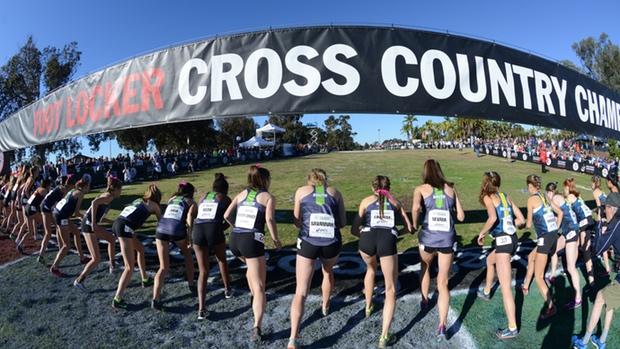 Karen Garconnier wants to outlaw all forms of girls spandex in cross country and track and field.

The Sayville (NY) High mother came away with this conclusion after a recent cross country meet where she saw high school girls wearing "bun-hugger" or "bottoms" spandex during a competition in New York.

"I looked at my husband and I said to him, 'Why are our girls wearing their underwear?'" Garconnier told CBS2 New York recently.

Garconnier began a petition on Change.org, urging the banning of the use of closed-leg brief, or "bottoms" spandex, uniforms for girls.

"I believe that the line should be drawn at the butt cheek, and should go no further up, and they should have a choice of those spandex shorts or regular shorts," she said.

The National Federation of State High School Associations, which is the national governing body of high school school athletics, permits the use of multiple forms of spandex in its bylaws, for both boys and girls: "Loose-fitting, boxer-type bottoms or compression-style bottom are permitted for boys and girls. Closed-leg briefs are acceptable for girls."

The "closed-leg briefs" are a style of girls uniform that hug the leg, much like a bathing suit would.

Throughout the country, athletic associations regulate uniforms for member schools. In New York, the NYSPHSAA has no regulation for style of uniform in its handbook, outside of one notation:

"The use of an American flag or a memorial patch/arm band is approved when it is worn and/or placed in accordance to the sport specific rules. The NYSPHSAA Executive Director may grant individual schools a waiver of the uniform rule when compliance is related to budget concerns. (Jan. 2011)"

That may leave decision-making to local school districts to approve uniform decisions.

But Garconnier isn't satisfied. She wants every style of the brief banned. She told CBS2 New York that she's received "so much support" in the local area that she may pursue the cause beyond her region and into high school athletics.

What do you think? Answer in the poll above.