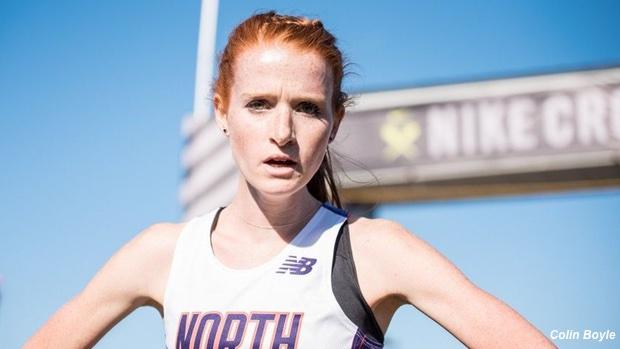 Judy Pendergast will contend for the individual title at Nike Cross Nationals. But will her Naperville North team secure an at-large bid?

"An easy day," said head coach Dan Iverson, who does not oversee the program after the state meet.

The seven girls all hail from the same high school, but affiliate as "North Naperville" in the post-season.

The distinction is important - many school associations balk at allowing preps to compete in inter-state national championship events, so events like Nike Cross Nationals and New Balance Nationals require teams to enter under club names.

A messy legal battle over that very issue nearly granted the Huskies their fourth consecutive NXN appearance. See, the Huskies placed third at NXN Midwest - just one point behind Northville High School - and just one place from an automatic berth to the Dec. 5 nationals in Portland, Ore.

The Michigan-based Northville, competing unattached as NXC Running Club, rightfully earned a top-two bid to the dance. But the Michigan High School Athletic Association (MHSAA) put up a fight, claiming that to attend NXN would violate its bylaws against "all-star events." The battle lasted into this week and it was starting to look as though Naperville may grab the Midwest region's other auto spot.

But, on Monday, Northville parents announced that the issue was settled. Northville would attend NXN.

Still on the bubble. 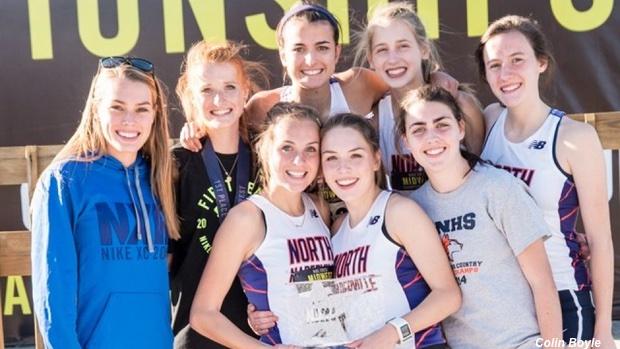 The NXN Selection Committee will extend at-large bids - four each for boys and girls teams - at the end of this weekend. The remaining regionals (Northeast, New York, Southeast, California) are on Saturday, Nov. 28.

"They're absolutely proceeding like they are running [at nationals]," said Iverson.

The social studies teacher and head coach of 21 years spoke on the phone in between the high school's final dismissal bell and his daughter's soccer practice, a rare respite from cross country practice.

"I'm confident enough to say that with what we did on the day at regionals, that we're going and I think the girls are completely on board with that," Iverson said. "Outside of the initial emotion on that day, I feel like they're really locked in. They're gonna be ready to go."

Their fearless leader, Judy Pendergast, has already secured her spot in Portland.

She won the NXN Midwest Regional outright, as her 17:00.6 clocking for 5K not only out-distanced the competition by 28 seconds at LaVerne Gibson, but broke a course record set by two-time Foot Locker champion Anna Rohrer of Mishawaka, Ind.

Pendergast, ranked No. 3 in the nation, could run away with the national title, too. And maybe two at that - she will compete at Foot Locker Midwest this weekend for a shot at her first Foot Locker bid.

The senior is nearly undefeated this fall - and the LaVerne Gibson course record is not the only mark she's reset.

There's more to Pendergast's story - she is the daughter of a sports writer, she only realized her potential in the past year after adjusting her diet to accommodate a gluten and dairy allergy, she attributes her running success to her faith...

But the bottom line is, she wants her team with her in Portland.

"We're very eager to know and it's frustrating to wait around," she said. "We're a little confident about it. We're being optimistic. We want to train as if we are going."