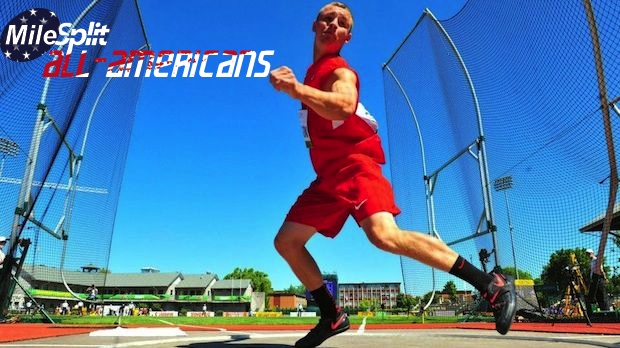 A finalist in the World Junior Championships in the discus, Kord Ferguson from Kansas led a banner year of discus throwers with numerous athletes around the country throwing over 200 feet or flirting with the mark with consistent performances over 190.

The following 8 individuals have been selected to the MileSplit All-American Team in the boys discus throw from the 2014 outdoor season. They have been chosen by MileSplit as the 8 best national performers in their event from this past spring.