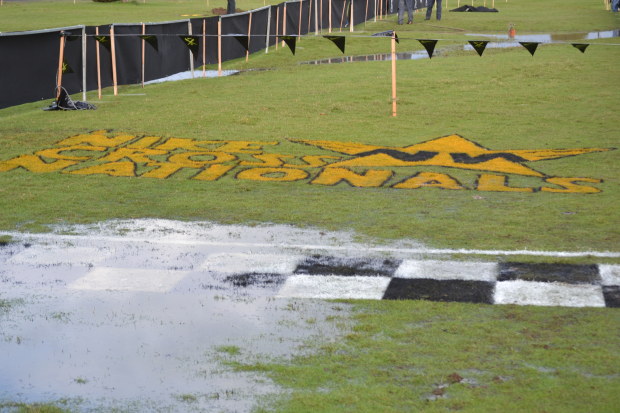 It was apparent at the start of the day, that the muddy NXN of years past had returned. 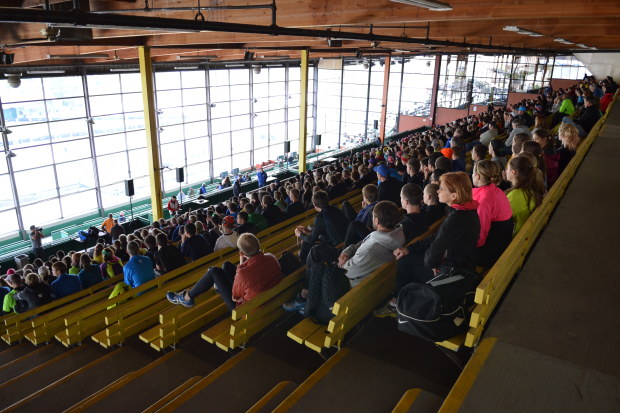 As the opening cermony speaker noted, many a runner will lose any shoe not tied down. 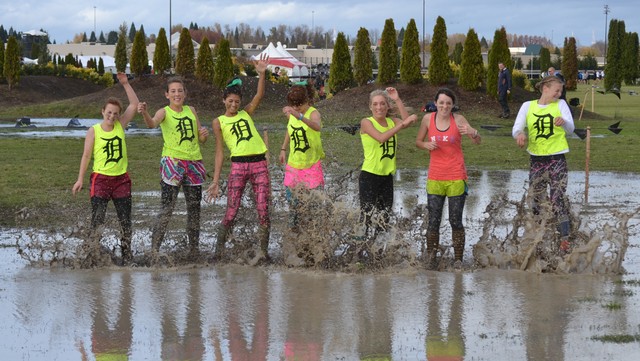 Well, the girls of Davis decided to test that thoery. 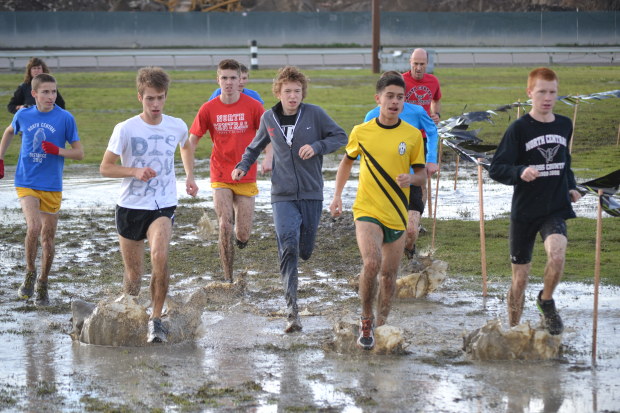 Everyone else, just tried to keep their head low and run through it. 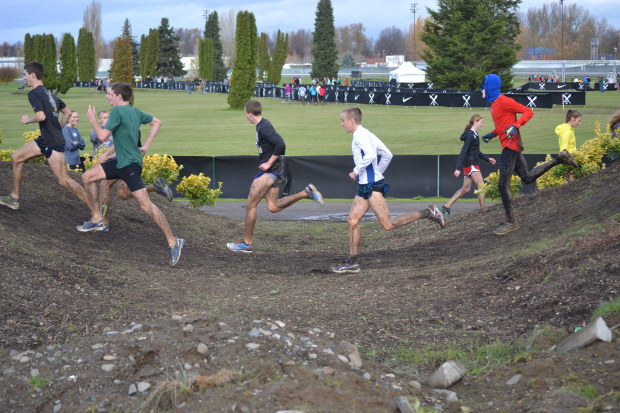 As always, the Whoop-de-doo's were a big draw for the newcomers. 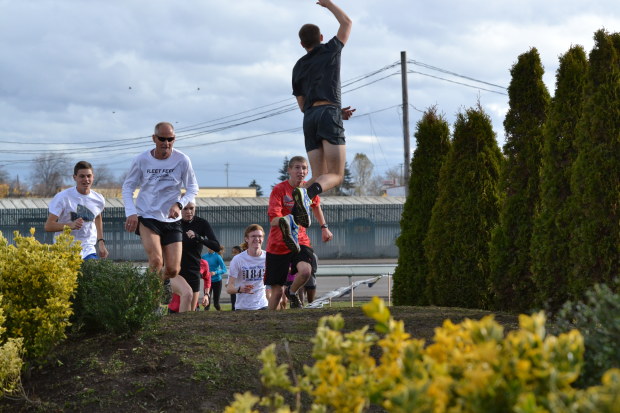 Including one of the top seeded athletes, Jacob Burcham, who was jumping for joy. 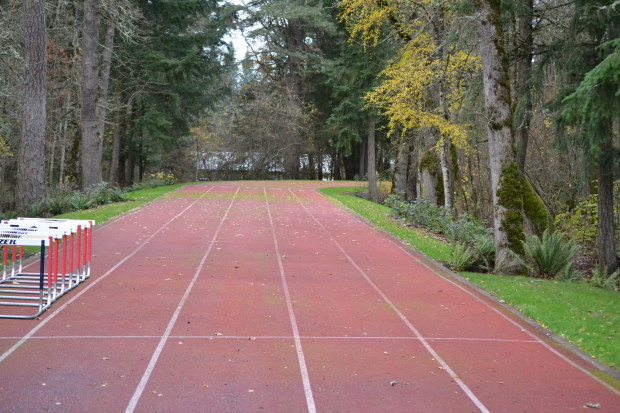 Many teams found their way to the Nike Elite Training Track, nestled in the woods. 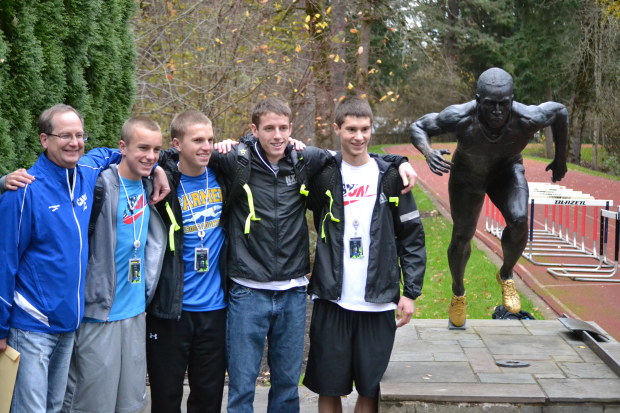 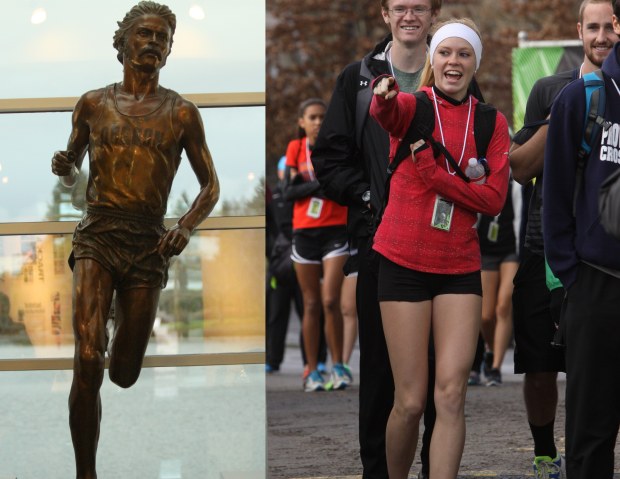 There were some other familiar faces, mixed with some new ones as well. 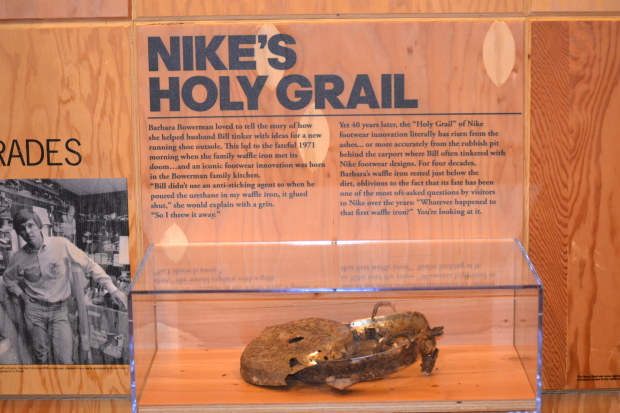 History could be found everywhere on campus, including the waffle iron used to make the original Nike waffle shoe. 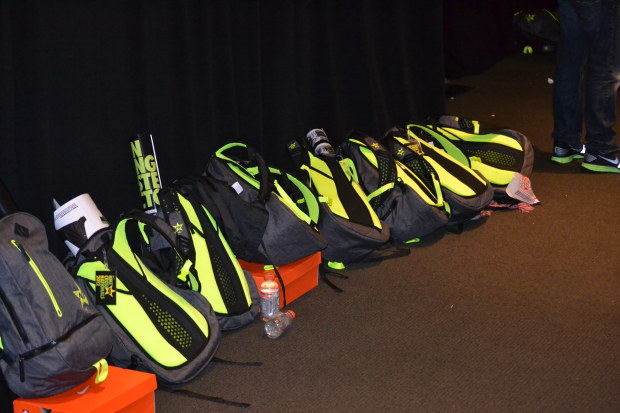 While there were the old stuff, athletes were treated to the new, including the bags distributed to all qualifiers. 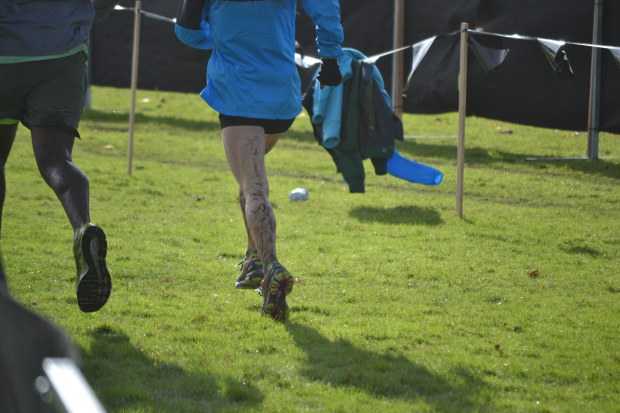 With the day spent, and the mud traversed, athletes were ready for raceday. 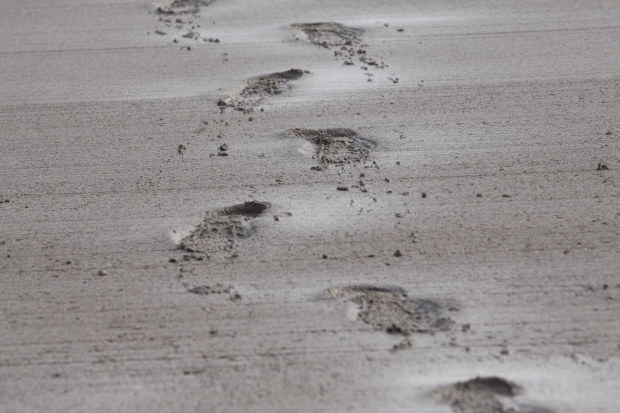 And all footprints lead to tomorrow....