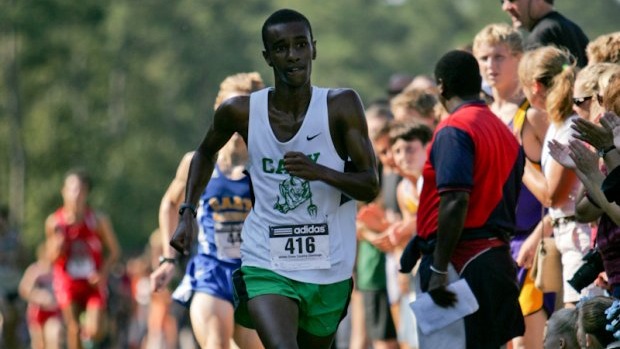 Bakri - I'm excited that we have a excellent team this year and we can not wait to show what we can do in the State Meet.

MileSplit - You were 8th overall in your state in 2011 and 20th at the NXN Southeast regional last year. Is it a goal this season to qualify for nationals?

Bakri - My goal this year is to win the State Championship individually and with my teammate Abel Tecle come in Second also with the team title. And hopefully make it to Nationals with the team. Inshahallah.

Bakri - I got started with cross country freshman year, my brothers influenced me to run cross country. I went to practice during the summer with my teammate Abel.

Bakri - I look up to both my two older brothers, they do so much for me. Assir always looks after me and Mohamed helps me a lot with running. They both were very successful and I wanted to be like them or better.

Bakri - At Cary High our coaching staff is unbeatable. Coach Dotson is a great man, he has been there for along time and coached so many All-Americans. He knows what to do with me and our cross country team. Coach Stump is a great coach he knows what it takes to become State Champions. Coach Mackenzie is the women's she is very good at what she does. Parents on the team always look after us and support us. I thank them so much.

Bakri - Keys to success is running consistently and work hard at practice so in the race it will be easy.

Bakri - Our Team wants to win State Championships and come out to track and run the 4x800m and win that too.  On away meets and stay over night at hotels create great team bonding and also I always like to hang out and ball with the team outside of practice.

Bakri - My favorite preformance was when we won Conference title as a team and individually.

Bakri - I Like running against Green Hope Guys and the Apex team.  They make it a lot of fun we all want to run fast with also having fun. It makes it easier to enjoy races.

Bakri - Hanging out with the team is my favorite non-running experience.

Bakri - I have a lot of goals in running. Hopefully ill stay injury free, and I can do my goals. I will take it one step at a time. Mainly I can become State Champion in cross country and win in all long distances during track. Inshahallah.

Bakri - My long term goals are to run fast in high school. Also to run and help my college team to win something in the NCAA. MileSplit - Olympic hero from this summer?

Bakri - Usain Bolt and David Rudisha. Anyone who can win and produce world records at the oylmpics by themselves is amazing.