When & how did you get started in cross country, or generally in your running career?

I first started running cross country at my middle school, St. Paul Catholic School, when I was in seventh grade.  I tried it out the first day at practice, and realized I actually liked it.  I had confidence going in because I was in the lead pack with my sister and a couple boys on the team.  My parents and my sister encouraged me to try it out.  My sister had already done well during the first year she competed.  My mom used to be a sprinter, and I noticed that I got a lot of endurance from my dad who was a rower in high school.  I gradually got better through seventh and eighth grade, then started at Grosse Pointe South High School, and decided to take my running to a whole new level.

Person/people most influential to your success in cross country, or generally in your running career?

The people that have influenced me of course were my parents and sister, but also my coaches over the years at Grosse Pointe South that have worked hard to get the highest potential out of my body.  I would be a whole different runner if I didn’t have Coach Zaranek and Coach Lamberti pushing me to my best through so much cross training, core work, speed workouts, and distance runs.  But, most importantly, what they taught me is that you don’t run alone.  I need to run for my teammates; because when I work hard, I know that they will be working hard too.  We run for each other, and we are all a family.  There are approximately 120 or so girls on our team!  Their cheers help push me along, and their determination and heart keeps me going.

Keys to your successful training program?

Keys to our success are the quality speed and distance workouts, cross training and core.

Why do you enjoy cross country?

I enjoy running because I love having my teammates cheering, know that they are my other family, and they are part of the reason why I love running.  I also like to guide the underclassmen by giving them pep talks to motivate them to better times, and let them know that when they try their absolute hardest, they will be so proud of themselves in the end.  I also just love the feeling of running of my feet pounding on the pavement/grass, and feeling so free.  Running seems to take away all the problems and it’s just a time for yourself.

My favorite cross country meet is the MSU invitational with the six other varsity girls.  We always bond in the van on the way there, and the way back.  We all share secret jokes, we always sing, and just let loose!  We are so happy afterwards when we do well.


Cross country athlete(s) you most enjoy competing against?

Other athletes that  I compete against in Michigan are my own teammates -  Haley (Hannah’s twin sister), Kelsie Schwartz, and Ersula Farrow.   Also Erin Finn from West Bloomfield, and Julia Bos who is in Division 2.


Your greatest cross country experience in your career so far?

My greatest experience so far was when our varsity team comprised of my sister Haley, Kelsie, Ersula, Megan Sklarski, Nicole Keller, and Carolyn Sullivan won the Division 1 state title last fall.  We were so overwhelmed, because we knew it was going to be close; but we were so surprised when we won.  We won by five points over Saline; and this was the first state title for Mr. “Z” who has been coaching at South for 33 years.  The key girl that helped us win the entire thing was our fifth runner, Megan.  She worked as much as she could, and she just never gave up; and she was always determined to get better and better.  She had never run prior to last year and she got a PR at States with a 19:41.


Goals for the 2012 cross country season?

My goals this season are to lead all of us to PR’s, and I want to try and get under 17:20 in the 5k.  Also, I would love if our team could win states again, since we won last year and are coming back with our same top five girls, who all run under 20 minutes.

Long-term goals in cross  country, or generally in your running career?

In the long term, I will try to get as far in running as I possibly can.  If hope if all goes well in college, I can perhaps run professionally.  I’m not sure what the future will hold, but I know that it’s definitely possible to continue running at the highest level. 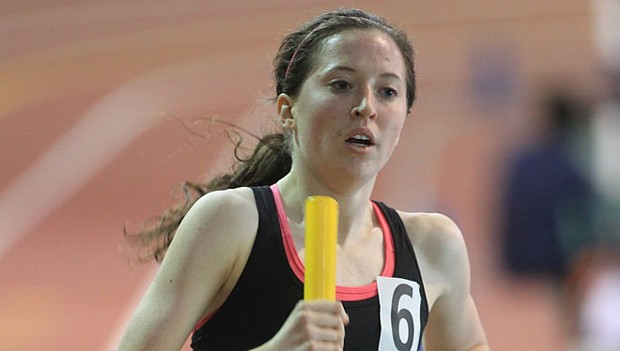 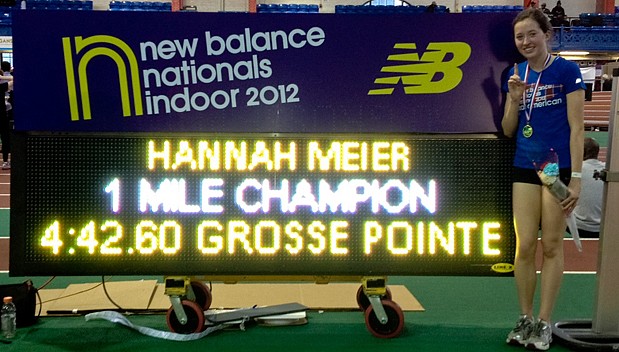