New York is stock full of great distance runners and phenomenal teams, but one athlete to watch out for this fall is Tully High School sophomore Brooke Rauber, who finished sixth at Nike Cross Nationals as a freshman in 2017. She's won the last two Class D cross country championships in New York, was second at NXR New York a year ago and owns a personal best time of 17:47.00 at the 5K distance. Rauber is quickly forming a national profile, but in the meantime check out her weekly training as she prepares for the beginning of the season.

This is state fair week, so I am going to be extremely busy. I decided that I would run today and not take it off because I will probably need a day off during the week. I have 8 goats to clip (which is more painful than hill sprints) in two days. It was super humid and hot.

Today was the first official day of practice with my team. We were all super excited until Coach Mom wiped out 10 hill sprints after our super easy 50 minute run. It was early in the morning, so it was cool. Luckily, I didn't completely die, so that's good. I did feel like part of the walking dead though.

This interval run isn't even that bad; it's just the loop we do it on is downright awful. The roots on this run are SO bad, which make it worse. I completely face planted, and let me tell you it wasn't the first time and it won't be the last. So as you can tell it was a rough interval session.

Then at the fair I had to clip my showmanship goat, Togo. I am pretty good with goats considering I spent some time (last season competing) around Katelyn Tuohy. 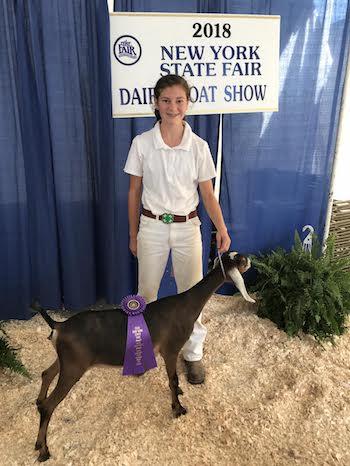 I moved my goats to the state fair today. We had to get up super early to make sure we were checked in on time. Of course it was raining when we were trying to load them, and my goats are such babies they didn't want to walk in the rain, but instead tried walking on my feet. We had a goat fitting competition today and my team placed second overall. Our goat looked good overall, but my leg job was on point.

We ran for 50 minutes at our school. This is my least favorite place to run because it is so boring. We were running around 7:40 pace and talking the whole time. At the end, we did fast 200s just to get the turnover going. Then at the fair I had to clip my showmanship goat, Togo. I am pretty good with goats considering I spent some time (last season competing) around Katelyn Tuohy.

"I decided that I would run today and not take it off because I will probably need a day off during the week. I have 8 goats to clip (which is more painful than hill sprints) in two days."

Every year we do a two mile time trial to see what kind of shape we are in. We warm up, run, cool down, and then go home, which is nice. Right before I ate some super heavy food, which was so dumb. On the warm up I felt like death. But I ran a personal best in the time trial, which surprised me because my legs were dead from being on them 18 hours each day at the fair. After I finished the time trial, I thought I was going to throw up all my food. I was bent over and looked like death. Then the soccer team passed me on their run. I know a lot of them very well, so that was rough. Later in the day at the state fair, I was busy getting my goats ready for show.

Although this was a very long run for me, it was by far the best run of the week. It was super humid during the run, but it was so flat that it didn't matter. We finished and did six strides. The best part that I mentioned really wasn't the run; it was the fact that after we had team bonding at Dunkin' Donuts! Plus I was reserve master showman in showmanship. Crazy stuff. 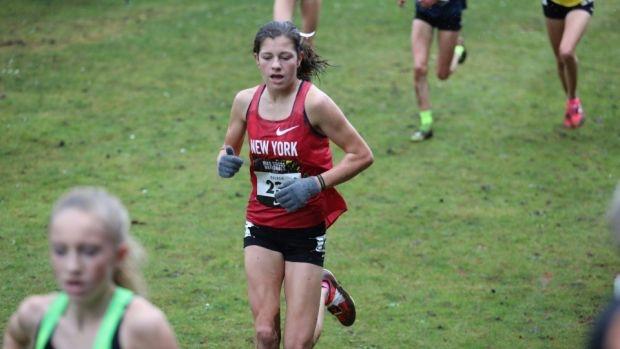 This was a good mileage week, but I have to get back into the XC groove. Next week I won't eat ice cream every night for dinner.