The following Q & A is the first in a new MileSplit series where top track and field athletes reflect on their transition from high school to the NCAA.

Colorado native Brie Oakley did it all in her senior year at Grandview High School in 2017--and then some.

She won Nike Cross Nationals unchallenged, earned two national titles on the track and set two national high school records--both of which were broken this year by one Katelyn Tuohy.

But you can't stay in high school forever.

Oakley traded the mountains of Colorado for the sunshine of California, matriculating to the University of California, Berkeley, where she earned All-American honors in cross country with a 38th-place finish at the NCAA Championships. She helped lead the Bears to their first team appearance at the event in six years.

What was your biggest challenge in the transition to college, both on the track and off the track?

That first cross country race at Notre Dame, I really had no idea what to expect and it opened my eyes to see how many amazing runners there are in college. I think I learned through the season not to compare myself to what other people are doing and just to focus on what I'm doing. As a freshman racing against seniors or fifth years, they obviously have a lot more experience and training under their belt than I do, and I just realized I needed to focus on myself and what I could control. That helped me work through the season and not get too upset or disappointed.

With school, I think just taking advantage of all the opportunities and resources we have at Cal really helped me because you can't always focus on running all the time. It's helpful to feel like you're a normal student the rest of the day before practice so you're not always focused on training.

What did you learn from that first race at Notre Dame?

That first race, I definitely went out way too fast. I was really nervous on the start line. I remember crossing the finish and seeing spots, I thought I was gonna pass out. I was so exhausted.

I know I have a lot of pressure coming in with me from high school with people knowing who I was. I felt like I have this target on my back and there's a lot of expectation set on me to do well so I just focused on putting that behind me. I'm in college now. This is a new chapter and I don't want to think about high school anymore. I just want to challenge and push myself to be a better runner.

The first few races of cross country were a little rough, just getting used to the 6K and the grind of running with such talented runners, but I was really happy to get 38th at nationals, be an All-American and help my team make nationals again because we hadn't done that in six years. [Editor's note: Oakley was also the second true freshman finisher in the race behind only New Mexico's Weini Kelati, who finished seventh].

During the track season, you tried everything from the 1500m to the 10K. How do you feel about your track season and what event do you see yourself pursuing for the rest of your college career?

I wasn't completely satisfied with how I finished track season but I also know I learned a lot from it. I'm excited for the years to come and getting stronger and getting more experience and getting faster. Ultimately, I'm hoping to focus on the 5K and probably later the 10K. 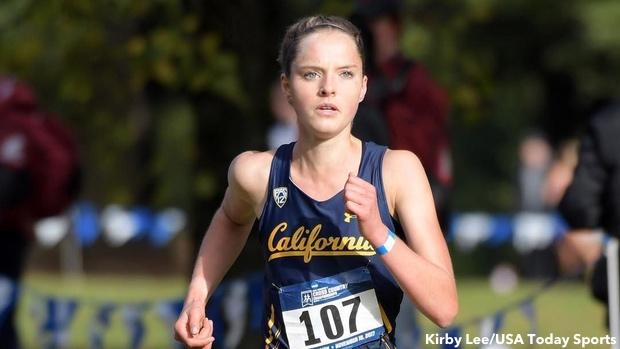 Did you go through any injuries this year?

I didn't really have any serious injuries. I think I more dealt with fatigue and just working through being tired when you're in the midst of training and having hard workouts. Overall I stayed really healthy. I was excited to maintain my fitness and not have to go through any injuries and take any time off.

Did you mileage change this year? Were you in the weight room for the first time?

Mileage-wise, my coach wanted to transition me pretty smoothly so I stayed at about what I did in high school-around 60 to 63 miles during both cross and track. I didn't do much lifting in high school so lifting two to three times per week was an adjustment, but it's definitely helped me.

What's one thing you wish someone had told you a year ago?

Just knowing how hard it would be to come in and adjust when there's a lot being thrown on my plate. Especially coming to California, leaving Colorado and being far away from home and not having my parents here. There's a lot of stress and balancing school and running can be really overwhelming at times, but mostly [I wish someone had told me to] stay calm, embrace the stress and the new environment and take advantage of the new opportunities. That's one thing I wish I had known, not to be scared of it--just go with it and see what happens.

How do you handle being homesick?

I definitely talked to my parents a lot, especially the first week I was there, I think I called them just about every day. I definitely missed home and I missed having them there, but I also knew I was now in college and needed to do things on my own and separate myself from them. After the first couple weeks, it got easier. I made sure to talk to my coaches and teammates and they're all really supportive so that definitely helped.

I didn't really know that they were gonna give us our textbooks for being on athletic scholarship, so I went out and bought all my textbooks on Amazon. The very next day, the [athletic department] gave us our textbooks. I made a point of trying to sell my other ones back online but then never finished doing it and I just kept the books all semester. I'm still trying to figure out how to sell them because they were expensive!

Ha! So aside from "don't worry about buying books," what advice would you give an incoming freshman?

I think, not to be too serious and too focused. That sounds weird but especially me, personally, in high school my senior year I felt like my life revolved around running and I almost felt like I was too focused on getting better and doing all these things and my whole day was surrounding running.

Going to college has helped me relax and chill out a little bit and not be super focused on running. It's important to have a balance because if you're always thinking about it, it's overwhelming and you're just gonna get stressed out and it's not enjoyable anymore. You run because you love it. 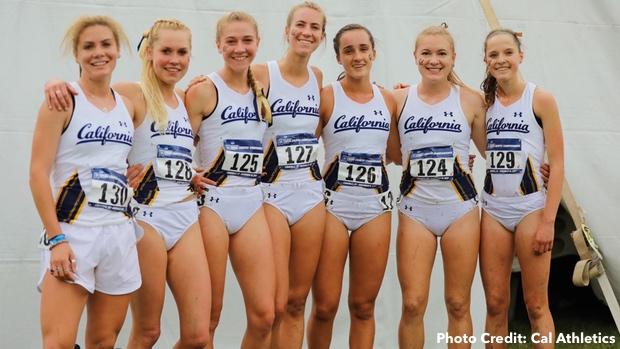 How do you meet new friends outside of running?

In your classes, in the dorms--it's really easy to meet new people that are on your floor. Also in the training room after practice, there's athletes from all different sports, you're rolling out and you just talk to other people. Especially with a huge campus like Cal, it's really easy to meet different people and see new faces and not always hang out with the same people all the time

Have you picked a major yet?

I have a pretty good idea. Conservation and resource studies, it's kind of like environmental science.

What was your favorite class this year?

Now that you're a sophomore, will you be taking on more of a leadership role on the team?

I definitely don't know everything yet, I'm always learning more about how to pace myself and train better, but we are getting nine or 10 freshmen this year so I think I definitely will be taking on more of a leadership role. I am looking forward to helping them adjust to college and the training and not to be too overwhelmed with everything that's coming at them.

I'm excited for cross country, I think our team will be really good this year. I think people underestimate us and I know we have some recruits coming in who will be helping our team a lot.

What are you up to this summer?

I'm actually up in Crested Butte, Colorado, right now and I'm a counselor at a running camp here. I've been here for two weeks and I'll be here for another two or three weeks. I ran at this camp for the past two years and I'm also doing my summer training up here. We've seen Emma Coburn out training a few days here, but I think she just left to go race in Europe.