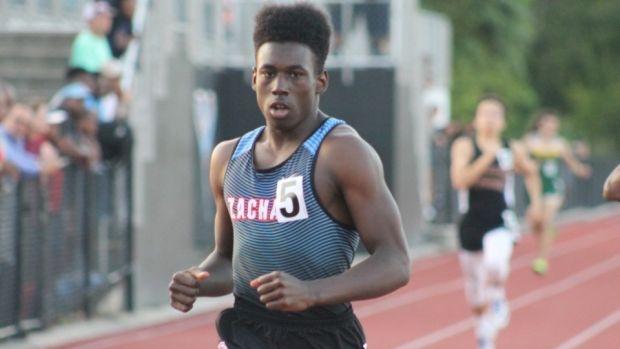 Just over a week has gone by since Sean Burrell had the meet of his life.

And it left the Zachary (LA) High sophomore pretty satisfied.

It was the way in which he achieved them.

The Louisiana state record had previously stood at 45.99.

"It was a big confidence booster," said Burrell, who wants to run low-14 seconds in the 100mH, 20.5 seconds in the 200m, and mid-45 seconds at the Louisiana High School Athletic Association Outdoor Championships on May 5 in Baton Rouge. "When I get to state, I know I've already run a 45, so I know I can drop more."

Most high school athletes, let alone underclassmen, would not have been ready for that kind of workload. Coaches often pump the breaks with young athletes no matter how talented, the thought being that long-term growth is more important than scoring points in the interim.

And yeah, while Burrell's four efforts were certainly remarkable, what's not often seen is the toll on the body after an effort like that. Burrell understands this balance well. Already, he said he's had to make decisions on races.

"I want new challenges," he said. "But at the same time, I have to say no sometimes. My high school used to run me in the 4x400 and I had to say no to that, because we weren't scoring points. It was a big toll on my body."

But Burrell, who eats a Snickers bar before every meet, isn't your typical athlete, either. He focused primarily on the 200m and 400m last year, with some added work in the relays. This year, he made it a priority to add the 110mH in 2018.

"I started doing them when I was 12, but in my 9th-grade year I stopped and just focused on other things," he said. "But I always wanted to come back to it."

In some ways, the hurdles are a passion project. It's an event his father, Keltrin Burrell, used to run in high school. His mother, Jacqueline, was an endurance athlete.

"I would say (I get my talents) from both of my parents," he said.

The quarter lap, however, is where Burrell's history-making starts. And in some ways, he's following a path just behind the stars of today like Tyrese Cooper and Brian Herron.

Burrell's national rise began in earnest in 2017 as a freshman, when he won his first district championship in the 400m in 46.92 seconds, lowered it at states to 46.29 and then set a 15-year-old age class record at Great Southwest, producing a time of 46.19 seconds, which ended as the eighth-best time in the country.

He was the top freshman at 400m and sixth-fastest in the 200m. And yet, Burrell says he's never gotten ahead of himself.

"All my races, even if I run hard and fast, I look at all of them as just another race," he said. "I don't really picture the race as being very awesome. It's just another day of running."

Winning his first state title in the 400m? "It was a good race."

An Invitation to Brooks PR? "Seattle is very cold and rainy."

His age class record at Great Southwest? "New Mexico was hot and dry."

Maybe it's true that Burrell doesn't look that far ahead. 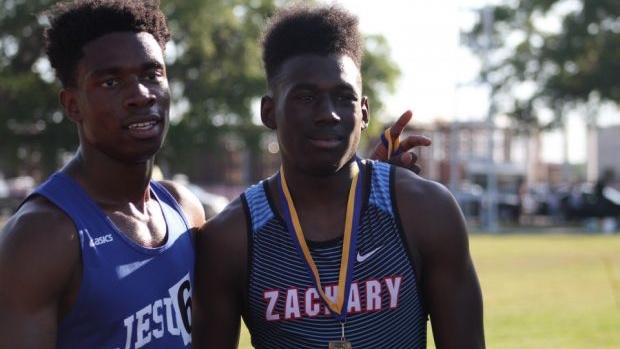 In fact, on Thursday at the regional championships, the sophomore dropped his second straight sub-46 effort, going 45.99 seconds.

But there's no doubt Burrell, coached by Roger Newton at the club level, could become one of Louisiana's most accomplished sprinters of all time.

Within Louisiana, two seniors have been pushing him all year: Scotlandville's Dorian Camel, who holds an LA No. 2 time of 46.55 seconds, and West Feliciana's Darius Davis, who owns an LA No. 3 time of 47.33.

Since that first state title as a freshman, he won two indoor titles in the 60mH and 400m in the winter.

Burrell just wants to keep moving along the path he's creating for himself, possibly setting records along the way. He says his favorite workout is 60-second 10x400 intervals -- and added that he often finishes his reps just over 50 seconds and gets just 30 seconds of rest.

And often, just a fews hours after eating that Snickers bar, he leaves satisfied.