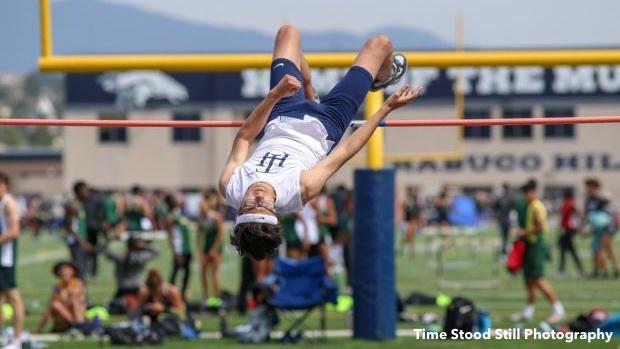 Sean Lee has had the kind of track and field career that most kids would dream about.

He earned state medals as a freshman and sophomore in the high jump in one of the toughest states in the country to earn qualifying marks, then won a California Interscholastic Federation title as a junior.

But the one thing missing from the Trabuco Hills (CA) senior's resume?

A clearance past 7-feet.

Lee has only successfully produced a mark at that height twice, both as a sophomore.

"That was a big motivator, to open up with a strong performance," Lee said recently.

But that's exactly what the defending CIF champion did to begin 2018, flying high for a monumental height of 7-3, which jumpstarted a season that's no doubt been his best yet.

The UCLA recruit has cleared 7-feet three more times since, proving to be one of the nation's most consistent leapers, and with a little over a month left until California's top championship, he's eying the state record mark of 7-4.5, which was last achieved in 2016 by Darius Carbin at the IAAF World Junior Championships.

To top it off, Lee, who won the Mt. SAC Relays this past weekend with a height of 7-2, could also finish as California's most successful high jumper ever.

"What we've been hearing is that he places in the top three at state, which he should in California, career-wise he'll be the best high jumper in the state ever," said JT Ayers, who coaches Lee at Trabuco Hills -- though his father, Ron, trains him day-to-day.

Interestingly enough, though, there's a process, maybe far afield in some ways, that Lee follows to almost a fault. And it's not so much about winning, he says. Instead, what's more important are all-time marks.

Lee has stacked up age group records within the USATF ranks since he was 10 years old, following a family pedigree that includes his father, a master's high jumper, and his sister, who competed in college in the event.

It also shouldn't be surprising to find out that Lee, who owns a 4.75 GPA and ranks No. 16 in his class, thinks things out meticulously. His father is an accountant and Lee intends to enter a pre-med track at UCLA, first declaring as a biochemistry major.

"There are times when you regret the amount of work that had to be into doing the high jump and I had to give up a lot of things and sacrifice a lot of things from a very young age," Lee said. "But I was able to learn about time management, and about working hard and training hard.

"I don't regret the decision because of the results," he added. "The results speak for themselves. I'm happy with how I've done. It's been a success." 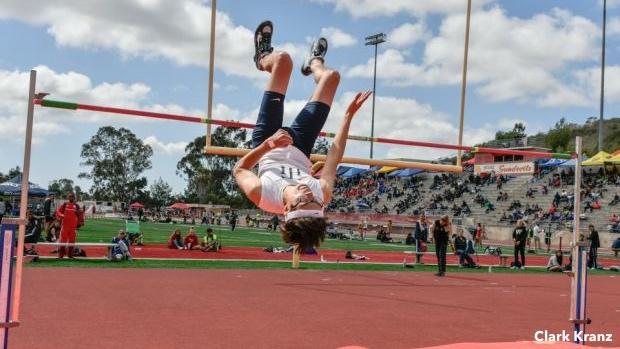 Lee first began vaulting at the age of 7, but it didn't take long for him to make up his mind. He made an important decision just three years later that created the road for which all future results would follow. He decided to focus exclusively on the high jump.

"It's not every day that someone quits other sports to high jump," Lee said. "But by the age of 10, I got my first national record."

It's been a calculated rise since, but what's also been fortuitous has been Lee's literal growth. From his sophomore to junior year, Lee grew approximately five inches, going from about 6-foot-1 to 6-6.

"I didn't have the natural bounce that most people have to sit over the bar," he said.

So when he was younger, he focused on the technical aspects of the event. And in essence, he said, what that meant was crucial: Understanding the fundaments instead of relying on instincts or natural ability. As a bookend to that, Lee's father also wrote a book titled "The Ultimate High Jump Manual," which lended another hand.

Ayers considers Lee a "speed jumper," which essentially means that his approach ultimately proves to be his best asset before takeoff -- it provides enough force to create the leverage needed to lift over the bar. And from there, Lee's body control dictates a clearance from a miss.

"On the approach, I have to get enough speed and convert it into the takeoff, so I won't blow out on the plant and flop into the pit," Lee said.

Which brings us to Lee's junior season.

He considers it his worst of his high school career. While Lee cleared 6-11 twice, including his state championship winning mark, and 6-10 three times, he ultimately feels it was a regression from all the promise he showed as an underclassman.

But something clicked over the summer of his junior season. Maybe it was being comfortable for the first time at his size, or maybe it was simply determination, but Lee attacked his first competition of 2018.

"Normally, I don't like celebrations and I'm usually the type of person where emotions don't impact how I jump," Lee said recently. "But I know specifically for 7-1, I really wanted to get that height, since I'd been attempting it all of my sophomore year and hadn't cleared it.

"I wanted to prove to myself that I could clear it, and now it's not inhibiting me anymore."

He did exactly that, flying past 7-1, then over 7-2, then again over 7-3. He totaled 12 attempts over that competition, none more rewarding than the last.

"Sean is very composed," Ayers said. "But when he jumped and made it, it was raw emotion. He punched the mat. It was really fun."

And now comes the hard part.

Perhaps an even more compelling storyline has emerged this season as a parallel to Lee's emergence. It's been the rise of California's second-best jumper, Jake Grimsman.

The Vista del Lago senior, who finished second to Lee at the state championships a year ago, has also cleared 7-3, and he's also hit 7-feet or more on three occasions.

Lee has lost to Grimsman twice, including one epic matchup a year ago at Arcadia.

And we all know how Lee feels about records.