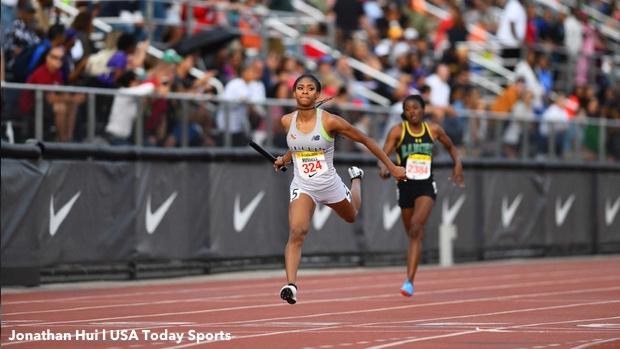 The Bullis School (MD) girls made their grand entrance over the indoor season, earning a national record in the 4x200 and three national titles in the 4x200, 4x400 and the shuttle hurdle relays.

But that was only the start of what the team hopes is a remarkably successful 2018.

On Friday, the program debuted on the outdoor track at Arcadia, covering the 4x200 distance promisingly yet again, earning a win in 1:36.18 behind a final anchor from Texas A&M recruit Masai Russell.