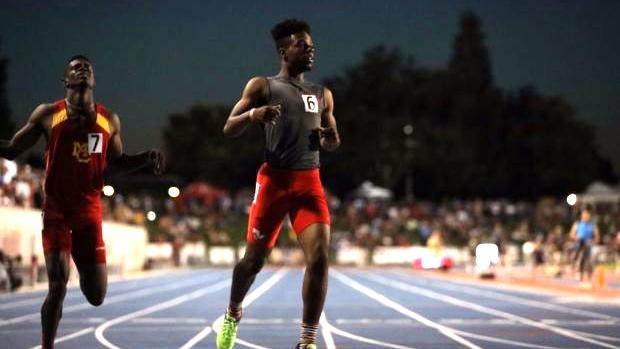 Jeffrey Hulon of Texas has the fastest all-condition's time of 10.16 seconds and was second at the Texas UIL Championships and first at the TTFCA Meet of Champions. But perhaps the favorite is Isaiah Cunningham of Moreno Valley, California. Cunningham is currently ranked US No. 5 in the country with a wind-legal time of 10.32. He was the Brooks Mt. Sac Relays champion and runner-up at the CIF Championships.

Chauncy Smart is the the FHSAA 3A state champion, Flo Golden South champion, and was third recently at the Adidas Dream 100. He also was third in this race a year ago.

He has run 10.26w, 10.3w, and has a wind-legal personal best of 10.40 from the Pepsi Florida Relays. A dark horse contender could be Jordan Byrd of New Mexico. Byrd was a state champion in New Mexico and the Great Southwest Classic runner-up. Like Smart, Byrd is competing in his second straight Brooks PR Invitational after finishing eighth last year.

This is Baylor signee's Isaiah Cunningham race to lose, but Florida's Chauncy Smart finished third here last year and has motivation on his side.