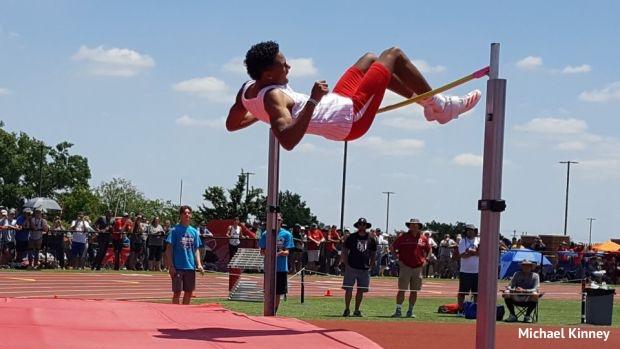 Vernon Turner finished the Oklahoma Secondary Schools Athletic Association Track and Field Championships on Saturday at his home track with his third straight title in the high jump, marking 7 feet, 4 inches to cap off his season with eight straight conversions over 7 feet.

His US No. 1 mark of 7-6, which he accomplished April 13 at the Yukon Classic and stands tied for ninth in the current IAAF world rankings, still occupies the nation's best jump and is four inches apart from US No. 2 JuVaughn Blake of Huntsville Columbia (AL) High. It also set a new NFHS record.

The Oklahoma State signee's final height also marked the fourth time he lifted over bars at 7-4 or higher over the season. He's marked 11 heights over 7 feet since 2016.