Update: Chantilly (Va.) High senior Brandon McGorty has scratched himself out of the boys mile because of illness. That led to Douglass Freeman's Waleed Suliman transitioning down to the 800m.

This weekend will be huge at Lannigan Field on the campus of the University of Virginia.

Highlighting this weekend will be a handful of races which each could be some of the best races we have ever seen in the state of Virginia and maybe even better than last year's epic 800m showdown. The biggest of these will definitely be the girls 400 and boys mile.

Highlighting the girls 400 will be state record holder Nansemond River's Syaira Richardson (53.38) and indoor sophomore national record holder Britton Wilson of Mills Godwin (53.25). Though Wilson enters with the faster time, she will need to throw it in another gear if she wants to take down the unbeatable Richardson.

Britton is also entered in the 300m hurdles, where she will have a historic showdown with US No. 2 in the 400m hurdles and Duke signee Lauren Hoffman of Battlefield. She'll also face super sophomore Kori Carter of Nansemond River. If the weather holds out, expect three all-time top 10 performances from these ladies. 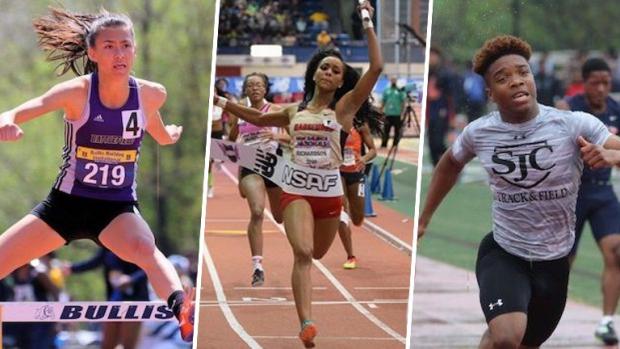 Though many eyes will be on the track events, the field events could have even better fields and provide more nationally elite performances. The boys pole vault and both girls throws will be the ones to watch though as the boys' pole vault features four guys seeded over 15' and the girls throws will be a superstar showdown between Grassfield's Taylor Gorum and James Monroe's Alexis Clark.

Check out the performance list here to see all the top athletes headed to Charlottesville this weekend.