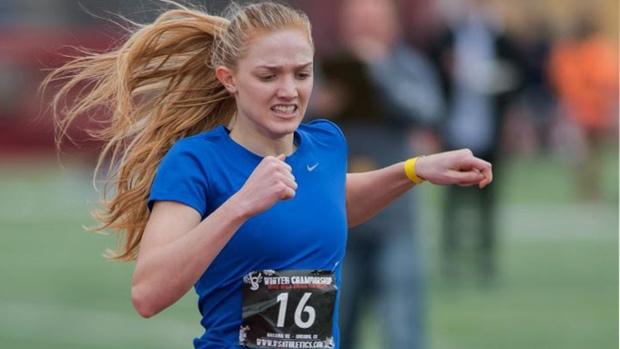 Wade Lockett seems to have a knack for finding athletes at Norco (Ca.) High.

As a football coach for the school, he's built a career on finding young talent before they hit the gridiron. But when it comes to high school track and field, where he's also the head coach, sometimes it's even easier than that.

That's how Lockett, recently hired by Norco to lead the track team for the second time in the last decade, found Shae Anderson, a senior with a Division I pedigree.

The 5-foot-7 competitor, who in March landed the US No. 1 time in the 400m with a time of 53.10 seconds, was running on the track as her father Mark, a former All-American at UCLA and USA decathlete champion in the '80s, watched with a stopwatch in hand.

"I noticed her running and I went over to her dad, who I guessed was coaching her," Lockett said.

"I said I'm the football and track coach," Lockett said.

"It's been a beautiful thing to work with Wade ever since," Mark added later.

Mostly, Lockett says, it's been a blessing to help coach an athlete like Anderson. She can reasonably run, on any given day, any race from the 60m dash to the 800m run, compete in the long or triple jump, and in a pinch can even shot put.

Lockett believes she's one of the most versatile high school track athletes in the United States today.

"The only girl I compare her to is Gail Devers," Lockett said of the former two-time Olympic champion in the 100m.

"Gail went from the long distance into the sprints, then the hurdles," he added. "Then she went to the Olympics and if I could compare someone to the way I see Shae, I say her versatility compares to no other than Gail."

Of course, things haven't always been so smooth for Anderson, who's back at Norco for her second stint after a tumultuous period as a freshman -- a situation the family says was "brutal," though they wouldn't comment much further.

Her sophomore year wasn't any better. After a transfer to nearby Coruna Santiago High, Mark said his daughter had qualified for the Arcadia Invitational and Mt. SAC Relays, but the high school coach at the time failed to enter her in either meet. It happened again at the CIF section prelims, which prevented Anderson from having a chance to qualify for state.

"During those months I thought to myself, 'I'm training this hard and I'm not going to be able to show anybody," she said. "No one will know who I am." 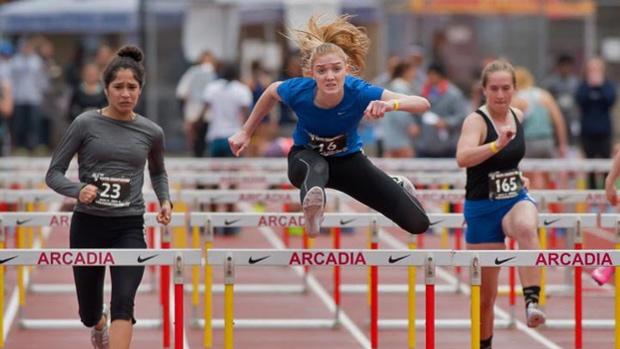 Soon enough, Mark and his wife, a former figure skater, decided to pull her out of Norco and into the homeschool system in California. She began to train exclusively with her father.

"Our reason for stepping out of the high school system was that we didn't have a choice when we were there," Mark said. "It wasn't our first choice, but that was what we had to do at the time."

The transition, while shaky at first, had its benefits. For one, Anderson could train under her father, a proven winner in track and field. As a junior, she competed unattached in a few meets, but the biggest was the USATF National Junior Olympics.

She ran a time of 59.44 seconds in the 400m hurdles, placing second. It prompted a few phone calls to come her way from college coaches.

"I was able to run a really fast time," she said, "and I was happy and felt so accomplished."

But while that result was an obvious success story, the situation Anderson was in wasn't so clear cut. Ultimately, there were downsides to being outside the high school track and field system -- it impacted recruiting and hurt exposure.

"She wasn't entered what could have been some of the biggest meets of her life," Mark said.

But the family didn't choose to stick to the negatives for very long. Her father's training also gave her something that most coaches couldn't.

"I think that's been a key role in her development," Lockett said, "by all that training in different events."

There was a reason for that, too. Mark had trained his daughter for the heptathlon at the high school level -- though it never happened. A target date for a competition was placed, but Anderson ultimately chose to move on from the event.

And then the family met Lockett.

Now she's formed new goals at Norco. At the state level, Lockett has talked to Mark and his daughter about racing in the 400m and 300m hurdles, two events where she could feasibly compete at full strength and have a chance to win state titles. 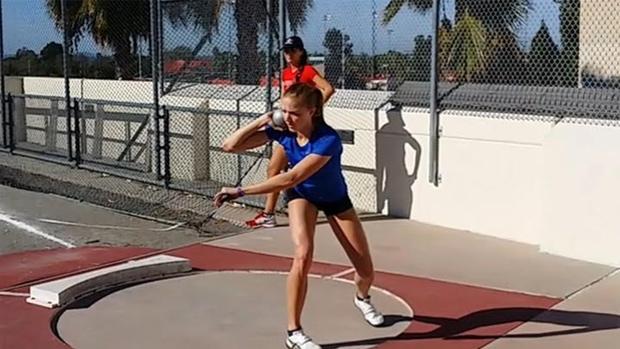 So her difficult road to get here? No worries. It's paved the way for fast times and solid marks. It's given her work ethic and a drive to accomplish the kind of success she hasn't felt yet.

Even without the experience most of her peers have at this point in their careers, it's hard to argue Anderson's talent. While she wasn't able to sign in November during the early period for track and field athletes, her recent explosion in the spring has opened the door for big programs like Oregon, San Diego State and the University of South California to come calling.

And to Anderson, that's all that matters.

"It would be nice to have that out of the way, but I know if it doesn't feel right, I will wait," she said. "There's other things to worry about."

Anderson's focus, after a rocky journey over the last years years, is about finishing the right way. Lockett can see that, too.

"Lately, ever since she had a three week tour of invites, what she's been doing, scouts have been ringing the phone nonstop," he said. "It's good for her, but Shae deserves everything and every credit she's getting."