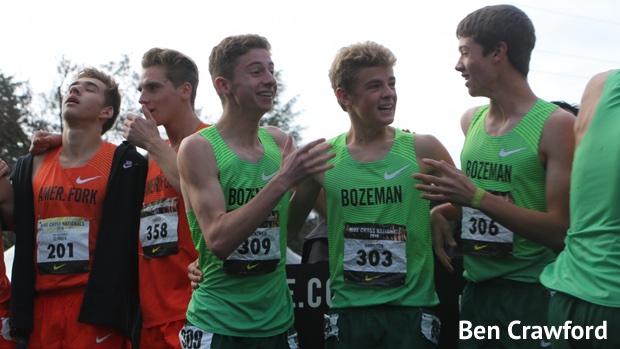 The answer: A lack of depth among NXN team scorers.

Looking at the results, American Fork's No. 3 Patrick Parker beat Bozeman's No. 1 Chase Equall by 7.4 seconds yet only scored one fewer point. In most cases, five to 10 athletes would cross the finish line over a seven-second gap. However, because of the lack of depth around these two caliber of athletes, zero scoring athletes finished between them.

Basically, American Fork's top three impact was lessened due to not many scoring athletes being near the front of the race. To visualize this clearer, let's compare the 2016 NXN race to the 2016 NCAA race.

In order to make the two comparable, I eliminated all of the non-scorers and also eliminated athletes from teams that finished 23rd to 31st to keep an equal field size of 22 teams. Looking at the top of the results for both NXN and NCAAs, there was one outlier with Justyn Knight's performance. Knight beat Edward Cheserek by 20 seconds, which was a much larger gap than Clinger's victory over Worley. Thus, I removed Knight from the NCAA results and compared time back from Clinger to time back from Cheserek.

As you can see in this chart, the NCAA field was much closer to Cheserek than the NXN field was to Clinger. 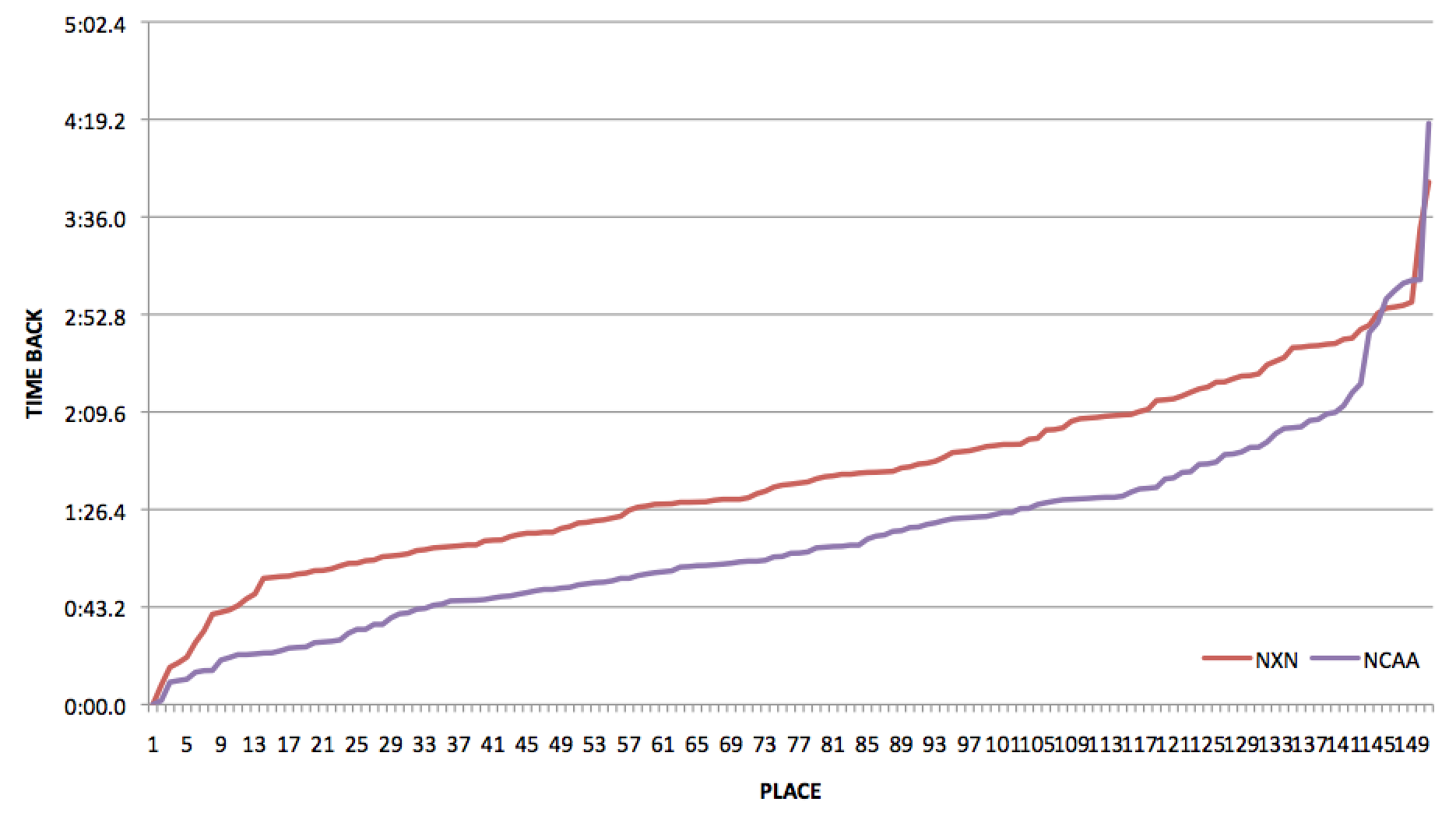 Now let's see how the team scores would have played out for Bozeman and American Fork if they ran the same race in a field with the simulated depth of NCAAs.

As you can see, if you incorporate a simulated depth of NCAA, American Fork's top three have a bigger impact on the team score resulting in a 252-301 overall win for American Fork.