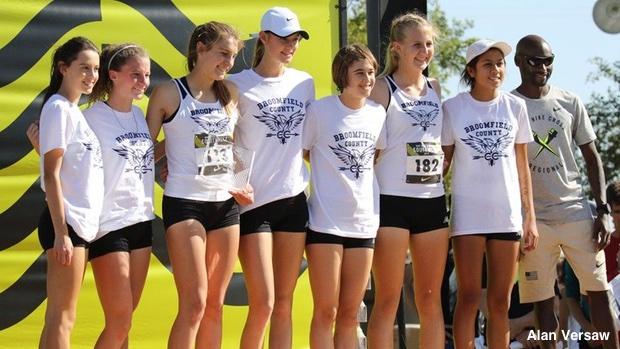 Jojo argues that Broomfield High School, who took third at NXN SW, is the strongest girls team candidate so far for a wildcard bid.

Who gets to run at NXN?

The top two teams at each Nike Cross Regional earn an auto bid to the Nike Cross Nationals. But there is hope for teams who finish just outside of contention. The third and fourth place teams in each region are considered for a "wildcard" bid that will be announced upon conclusion of all NXR meets this Saturday, Nov. 26. Four teams per gender will receive a wildcard bid.

In the following article, we break down each region contested so far --Southwest, South, Northwest, Midwest and Heartland-- and analyze the likelihood that the No. 3 and No. 4 teams will receive the coveted wildcard bid.