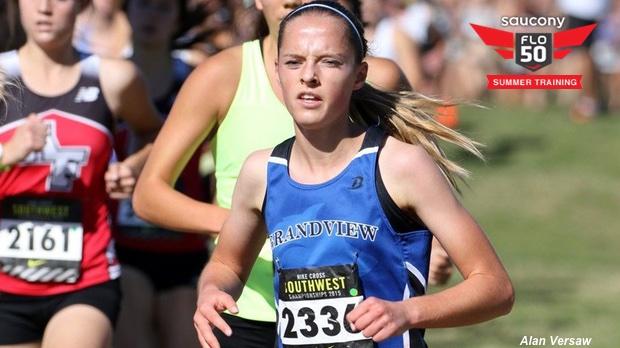 Soccer convert Brie Oakley developed into one of the nation's top distance runners in her first year of running. The rising senior at Grandview High School in Colo. was runner-up at the Colorado state cross country meet and 26th at NXN last fall, but it was the track season where she really found her stride. Oakley was nearly undefeated and won state titles in the 3200m and 1600m, plus broke Melody Fairchild's 26-year-old Class 5A state meet record in the 3200m with her winning time of 10:33.16. That performance earned her an invitation to the Brooks PR Invitational, where she placed third in the two-mile with a huge PB of 10:08.89. She is the No. 2 returner to the track next year, but first up is cross country season. Follow Oakley's summer training as she hopes to earn her first All-American honors this fall.