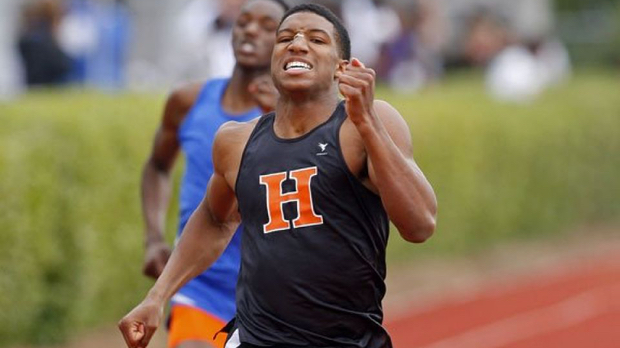 Alabama sprint star Marlon Humphrey grabbed the game changing onside kick at the start of the 4th quarter that turned the tide for Alabama in the national championship game. Photo: Jason Clark

The Crimson Tide earned their 16th national championship in a thrilling 45-40 battle that came down to a desperate onside kick attempt by Clemson in the final seconds of the game. Why does this matter for high school track & field? The days of single sport specialization are becoming obsolete and Alabama is leading the way with multi sport recruits.

I searched the MileSplit database for all 118 members of the Alabama roster listed at rolltide.com and found that 56 athletes (47%) also competed in track and field in high school. The list includes some of the best athletes to come out of their respective events. Freshman Kendall Sheffield was the nation's best hurdler last year and third leg of the Fort Bend Marshall US #7 All Time 4x200m team. Marlon Humphrey holds a national title in the 400H and is just a few tenths off the US Top-10 all time list in that event. The roster has no shortage of state champions, including star quarterback Jake Coker who won a Alabama state javelin title in 2011. 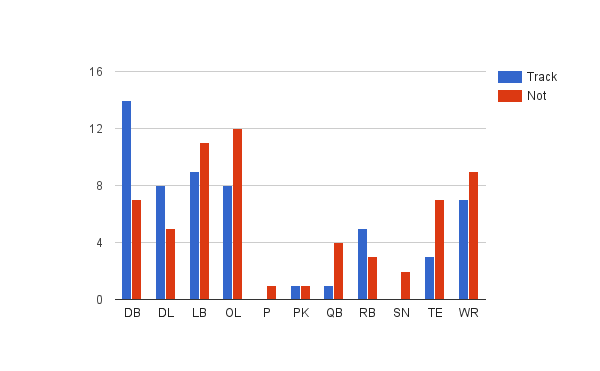 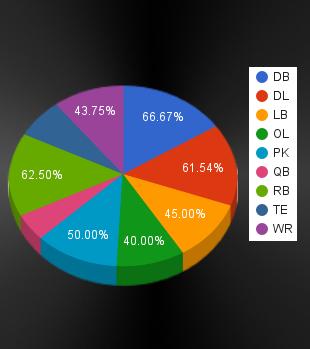 The above chart breaks down the number of athletes by position who were track and field athletes in high school. As would be expected, there are a higher number of DB,RB, and WR's due to the tight connection between those positions and high school sprints. Adding to that, it's common for football players to to live in the throwing circles during the spring.

The pie chart to the right illustrates the percentage of athletes by position who were track and field athletes in high school. Defensive backs hold a slight edge with the highest percentage of 66.67%. The defensive and offensive line are the only other positions over 50%.

The current track and field recruiting trend is on the rise. While Alabama has a near 50% mix of players who competed in track versus football only, that number is increasing quickly. The upperclassmen have the greatest number of football focused players. Seniors have 40% with a track background, while the juniors drop down to 30%. There is a clear upswing with the two most recent recruiting classes. The Alabama program is now nearing 60% with the latest group of freshman. Takeaways? Football players should give their pads a break in the offseason and hit the track! 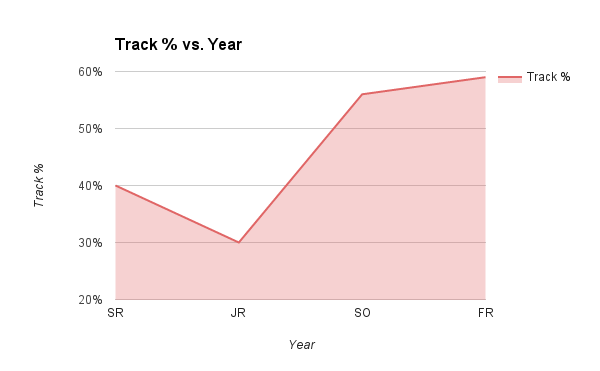 Sorted by position, the chart below is shows the Alabama roster with the PRs and top performances from the track and field athletes that helped the Crimson Tide win another national title.