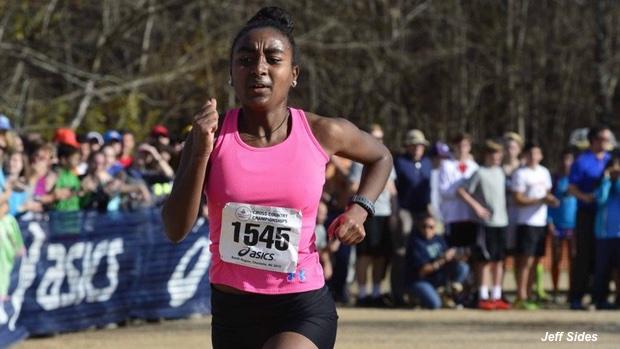 Weini Kelati is an Eritrean immigrant and a junior at Heritage High School in Loudon County, Va. Due to her age, the 19-year-old is in her final year of high school athletics eligibility.

Kelati, the No. 1 ranked runner in the nation, will prepare to return to Foot Locker Nationals, where she must run well enough to leave a lasting impression on college coaches - one that will last through her graduation in 2017.

"She doesn't like to think about the future right now because it's so different from anybody else," her coach, Douglas Gilbert, said. "Right now, we're thinking about the options and they all focus on a very rigorous academic year next year."

Kelati has improved her language skills significantly in the year since moving to the United States and speaks emphatically about her training. When asked about her plans for next year, however, she hesitates.

"I have one more track season," she said. "Next year... I didn't decide yet."
"That's what bothers her because it's such an unknown right now," Gilbert said.
Right now, all she can - and needs - to focus on is Foot Locker.
Kelati is a new national favorite this year, but certainly no stranger to these championships. She placed 20th last year in San Diego after running in the front pack early on alongside Anna Rohrer and Ryen Frazier.
In 2015, she wants at least a top three finish. But what she's really looking for is a win. 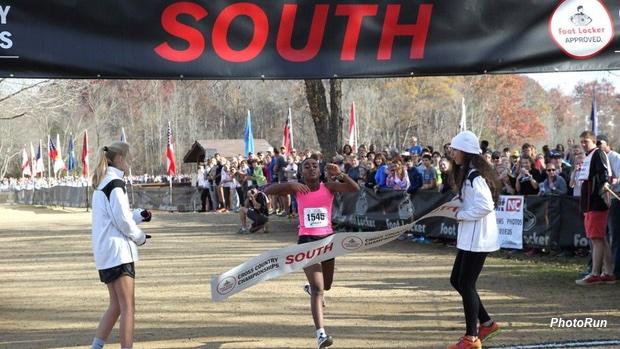 "She keeps saying, 'I want to be like Anna Rohrer,'" Gilbert said of his protegé, who idolizes the Notre Dame freshman, a two-time Foot Locker champion and an NCAA All-American this fall.

Kelati actually has one personal record that's faster than her idol -- a blazing 9:12.32 3K, which translates to 9:52 for 3200m and 9:56 for two miles. She ran that time in 2014, during her first trip to the United States for the IAAF World Junior Championships. American wunderkind Mary Cain won that race; Kelati was eighth while representing Eritrea.
But when the barely five-foot tall phenom arrived on his proverbial doorstep midway through the 2014 cross country season at Heritage High School, Gilbert did not know anything about her background.
All he knew was that the season had already started.
Women's 5K (NCAA #6 & #7 All-Time) BU Season Opener Dec 04, 2017
MileSplit LIVE: An Update On NCAA Freshman Weini Kelati and More Sep 06, 2017
Recruiting Minute: Weini Kelati To The Lobos! NCAA DI Cross Country Championships Nov 04, 2016
Recruiting Minute: Weini Kelati Oct 07, 2016
4A Girls 3200 Heat 2 - Weini Kelati 10:09.70! VHSL Group 3A/4A State Outdoor T&F Championships Jun 05, 2016
Girls 3200 Heat 1 - Weini Kelati 9:53.40! Dogwood Track Classic May 07, 2016
Tweets by milesplit