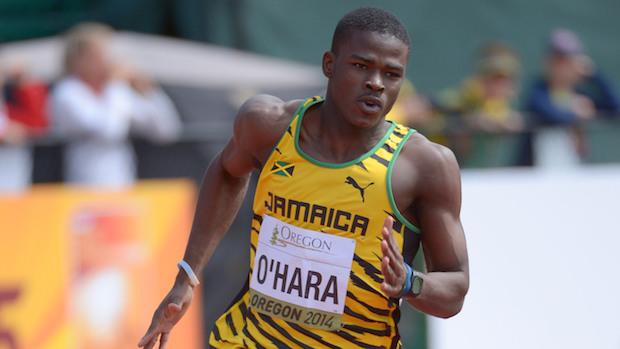 Jamaican prep Michael O'Hara has signed a professional contract with Puma. The Calabar High sprint star will be represented by agent Ricky Simms of PACE Sports Management and managed by Nugent Walker, both of whom have guided the career of countryman and world record holder Usain Bolt.

The 18-year-old is also sponsored by DIGICEL and Grace Kennedy Limited. O'Hara was nearly not allowed to race at The Penn Relays due to allegations that he had signed early with DIGICEL, a telecommunications firm, and thus forfeited his amateur status. Thankfully for Calabar, the ban was overturned and the quartet swept the Championship of America 4x100m and 4x400m finals.

He will train with Glen Mills at the RACERS Track Club, a group that includes Bolt and Yohan Blake.

"I am delighted to sign with Puma and take the next step in my professional career. I trust that Ricky and NJ will look after my best interests and allow me to concentrate on running fast and winning medals in the years to come," O'Hara said.

Simms commented, "Michael is one of the world's top young sprinters. He is a World Youth Champion and multiple Jamaican Champion. Under the coaching guidance of Glen Mills I am confident that he has a very bright future."

Whether or not World Record holder Bolt will sweep the World Championships in Beijing remains unseen for another two weeks. But as the Jamaican sprint legend approaches the apex of his career, O'Hara represents just one of Jamrock's latest rising stars eager to take his place at the top of international athletics.