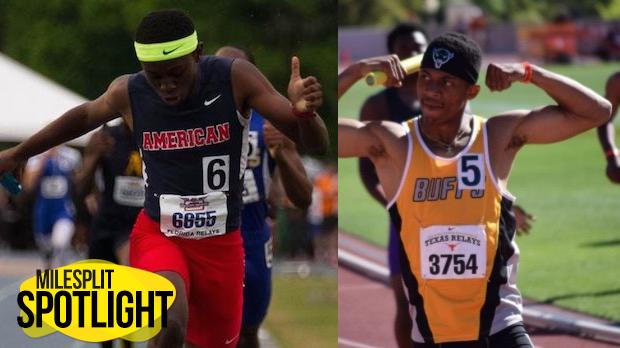 Ari Cogdell of American (FL) and Gerald Mills of Fort Bend Marshall (TX) are the anchor legs for the strongest 4x400m relay teams in the nation.


Two schools, nearly 1,200 miles away from each other, have produced the nation's best quartets of quarter-milers this year.

Each squad - American High School out of Hialeah, Florida and Thurgood Marshall from Missouri City, Fort Bend County, Texas - entered the season with thoughts only of gaining the coveted top spot on the state podium in May. Both powerhouses finished runners-up in their respective state championships last year.

But a rivalry has emerged between the two Mile Relays over the past few weekends that goes beyond school pride to state pride. With Texas and Florida considered two of the top producers of track and field talent in the entire country, the battle becomes about much more than a 4x4.

Florida and Texas high schools own the top 13 fastest times and 22 of the top 25 times nationwide in the 1,600m relay to this point in the season. No other state ranks within the top 10, or, for that matter, the top 13 in the country. As far as national rankings go, not too many other states are relevant in the event. 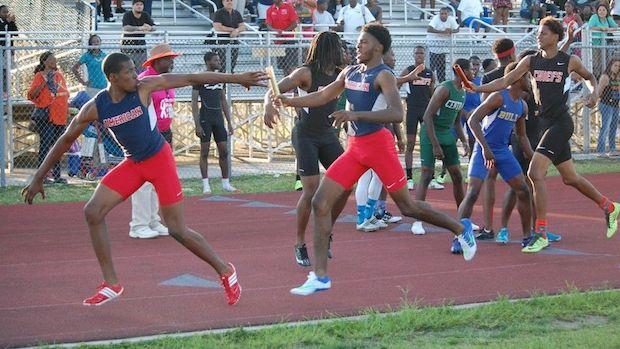 American made a statement in running 3:13.28 to win the GMAC Championship in mid-March.


American, the defending FHSAA Class 4A Outdoor State Champions in the 4x400m, threw down a nation-leading 3:13.28 to win the GMAC Championship in mid-March. The time would have won the New Balance Nationals Indoor Championship, held just the weekend before, by more than four seconds.

An open 400m in 48 seconds flat would rank an athlete within the top 25 individuals in the entire nation.


Enrico Knowles, a 10-year veteran head coach at his alma mater, brought the Patriots to the 88th Nike Clyde Littlefield Texas Relays the following weekend to prove their mettle against the nation's best.

Meanwhile, in Fort Bend, Texas - just outside of Houston - Lloyd Banks did the same thing.

The Fort Bend Marshall head track and field and assistant football coach of five years brought his top relay legs to Austin for the first time since 2012.

"Usually, we have things we need to work on as a team [this early in the season]," said Banks. "But this year, I have a big group of seniors and since the fall, they're all like, 'oh, coach, can we please go?'"

The invitational, held annually at the University of Texas, is the traditional kick-off for the outdoor track season in the region. As the largest and farthest-reaching event of its kind in the state of Texas, the Texas Relays spurs an annual economic boon of nearly 10 million dollars to the city of Austin. 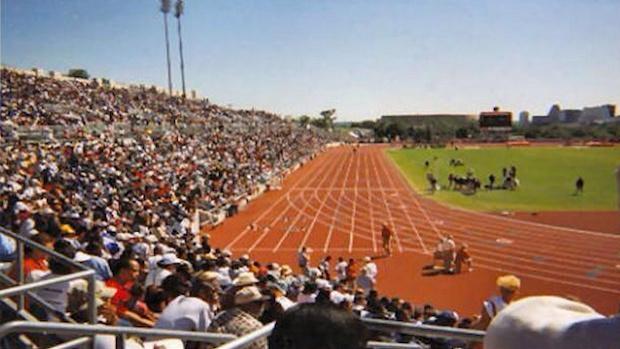 The Clyde Littlefield Texas Relays at the University of Texas is one of the nation's marquee track outdoor track meets every year.


In the Friday night prelims, Fort Bend Marshall showed Banks that the high-profile trip was a good idea as senior Gerald Mills, senior Amere Lattin, junior Jeremy Smith and junior John Isom ran 3:14.31 for the fastest time of the night and a new U.S. No. 2 mark.

Marshall anchor Mills was doing some late-night MileSplit stalking that night when he stumbled upon an interview video of Coach Knowles pumping up his U.S. No. 1 ranked team.

"I took that offense as if we're not U.S. #2, we're not a big deal," Mills said after the Saturday finals. "I immediately ran into my guys' hotel room... 'that's a bet, we're gonna go out there and show them why you don't mess with Texas.'"


On Saturday, March 28, the Final sections of the 4x400m Relay commence on a rolling schedule starting with the Invitational Women at 4:05 p.m. The DII High School Boys 4x400m is the final high school race of the weekend.

Both Marshall and American are so much better than their regular regional competition that the athletes become accustomed to running out front all alone. At the Texas Relays, the close quarters and jutting elbows of a truly competitive race was foreign territory. 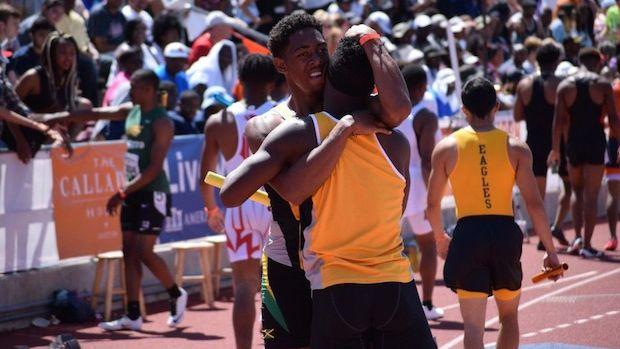 
American, this time racing with senior Kareem Bullard on the third leg, got caught in traffic from the beginning and never made up ground. Cogdell got the baton in sixth place heading into the bell lap and burned his way through to first, but the effort was too much to hold.

"He burned so much fuel that he ran out of gas," Knowles said. "I said, 'you gotta understand something, if your first two legs do your job, then it won't be so much work he has to do. [Ari] may be Superman but he's not Jesus Christ. He can't perform a miracle, you gotta give him something to work with.'"

The win was the second of the day for Marshall. Sophomores Cedarein Lynch and Shamon Ehiemua joined University of Houston signees Mills and Lattin to win the 4x200m in a new U.S. No. 1 time of 1:24.26. Lattin also finished third in the 110-meter hurdles (14.22).


"They came in here thinking they were just gonna run through Texas and it just goes to show you don't mess with Texas," Mills said after the final.

What was worse than the loss, according to Knowles, was the heckling from the crowd that he and his assistant coach experienced while standing by bleachers.

"My personal grief and beef, especially in the interview, the people in the stands were really vicious to us," Knowles said. "Oh my goodness, young, old, able-bodied, handicapped, everybody. They said, 'take that back to Florida, y'all thought you were gonna come over here, who do y'all think y'all are.'"

The heckling served as motivation when the squad returned to practice on Monday.

"Every single person gave it to us... [The athletes] didn't really hear it, I heard it, my assistant coach heard it. I really had all that pent-up anger from all that they were telling us and I went to practice and was just aggressive in practice everyday, putting the hammer down."

But the biggest challenge facing the American team may not even be their competition. Their team T-shirt for the past 3 years is a simple gray cotton piece bearing the motto - "We have no track, no facilities, no excuses, just grind." 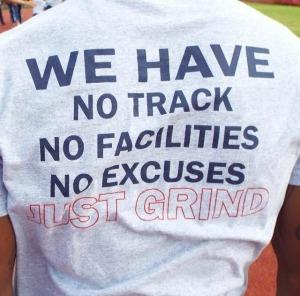 The No. 1 ranked 4x400m relay team does not actually practice on a track.

"Dirt, sand, and I'm not joking - a bunch of potholes," said Knowles. "I have to try and make sure and put stuff around [the potholes] so kids don't fall in. We run and we train around a [405-meter] baseball field. Our baseball team is state champion, they're hitting home runs out in the field and they say, 'hey coach, we'll tell you if a home run is coming,' and they'll yell, 'head's up,' and my kids will have to stop their practice and move away."

But none of the athletes use their practice conditions as an excuse. According to Cogdell, their field conditions don't even register as a challenge.

"We make those sacrifices," said Cogdell. "The fact that we train on grass, I forget. It doesn't even bother us at all. It's inevitable that we're not gonna have a track so we just run."

Cogdell, the key cog in the Patriots' relay, is a University of Tennessee signee and led the nation at one point last season in the 400 meters. His personal best is 46.67.


"We don't go to a track meet and say we're mad," he said. "It doesn't really matter. We run and perform on the grass, it's the same as if we had a track."

Track or no track, the Patriots' egos were bruised after the Texas Relays. And they only had one week to gather themselves for the Pepsi Florida Relays in Gainesville. 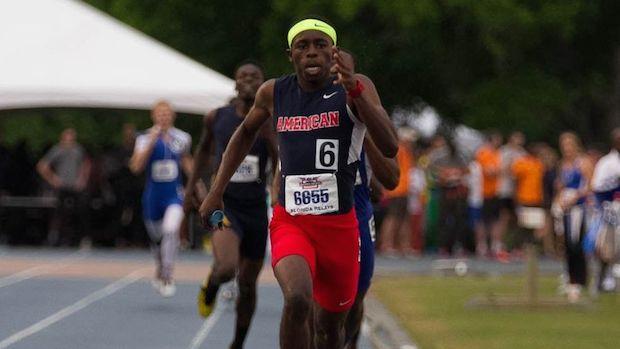 Ari Cogdell (pictured at the Pepsi Florida Relays) wears a signature headband in every race. He sports a new lime green Nike headband after recently passing down his old white one to a younger teammate, freshman Jamir Ferguson. The white headband was, in turn, passed down to Ari from an older teammate several years ago.

"'We cannot go out here and lose, we cannot go out here and run a slow time, we have to make a statement,' Knowles instructed his athletes of the forthcoming Florida Relays. "I felt like we let down Florida [at Texas Relays], a lot of coaches said, 'go out there and represent Florida.' I felt embarrassed, I felt I disappointed a lot of people in Florida. When you leave the state, it's not just about American."

The quartet had still not recovered their confidence heading into Florida's premier relay invitational of the season.

"There were a lot of negative emotions going into that race," Cogdell said of the Florida Relays 4x400m. "Right before we ran, it was raining and the track was wet. A few minutes before, we were complaining, but we knew we had to perform... We didn't have a baton, we just borrowed from the Miami Northwestern girls."

"Tell them, 'go chase that!'" Coach Knowles reacts to setting a new nation-leading mark of 3:12.86 at the Florida Relays.


Who is the top program? And which is the fastest state? American owns the nation leader, but Marshall has the head-to-head win.

Both Knowles and Banks said that New Balance Nationals Outdoor in June are a possibility.

At the heart of both teams are two passionate coaches - with oft-times equally passionate words - who want to change the sport of track and field.

Coach Banks is an assistant football coach at Marshall and actually played football at Southern Methodist University, but the self-professed run junkie says he would pursue track and field if he could do it all over again.

"I love football, don't get me wrong," Banks said. "But I am a track guy all day, every day, three times on Sunday... it's a beautiful thing."