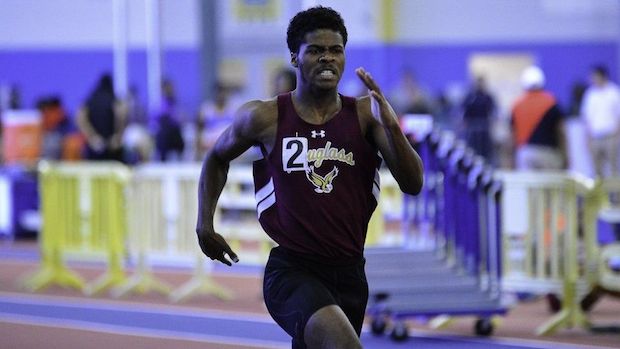 Rico Gomez (Douglass, MD) is the first high schooler in the nation to break 65 seconds this year in the 500m. He ran US #1 1:04.87 at the Montgomery Invitational. (Photo by Lisa McArthur)

There must be something in the water... or maybe the Lake. Kate Murphy and Alex Corbett, both of Lake Braddock (VA), ran new US #1 3,200m at the Prince George's Sports & Learning Center in Landover, MD on Saturday, January 10. The Montgomery Invitational is one of the DMV area's most competitive indoor events and the 2015 edition was no different, as 157 National Elite performances were recorded. 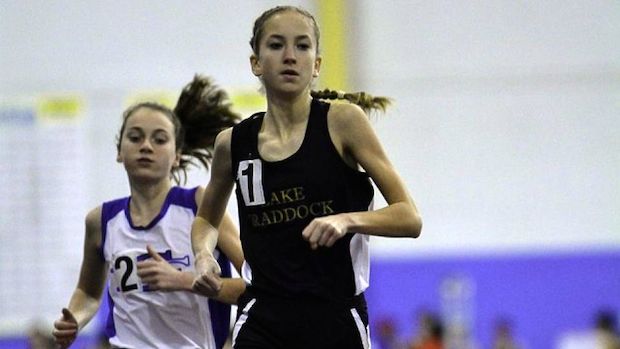 Kate Murphy (Lake Braddock, VA) has improved by two minutes in the 3,200m since last year. (Photo by Lisa McArthur)

One more US #1 came from the shorter side of the track, as senior Rico Gomez (Frederick Douglass, MD) burned 1:04.87 for 500m to win the race by nearly three seconds. He is the first high schooler in the nation to break 1:05 this year. The race was also his first under the 65-second barrier.