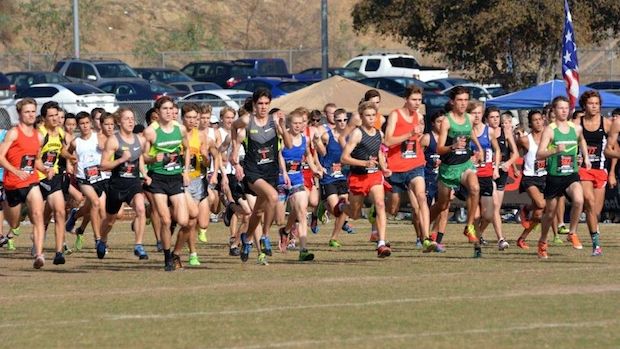 Arguably the toughest and deepest for boys among the Foot Locker Regionals, the West Region race at Mt. SAC lived up to that billing. Just look at the names of the top 8 finishers. All US top 10 caliber runners. Especially considering that the top 6 finishers from last year's Foot Locker West Regional all were returning with valuable national experience, the final spots figured to be very difficult for any newcomers to earn. 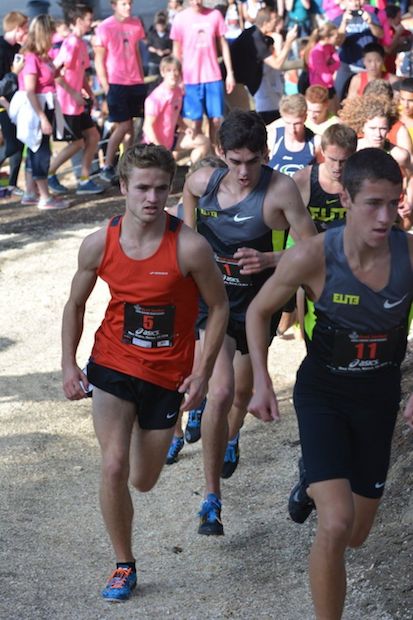 California state champion Austin Tamagno and Oregon state champion Matthew Maton, who both skipped out on running with their NXN-qualified teams this weekend in order to have the opportunity to individually qualify for Foot Locker Nationals, were among the early leaders and pacesetters taking the field through 4:49 in the first mile. 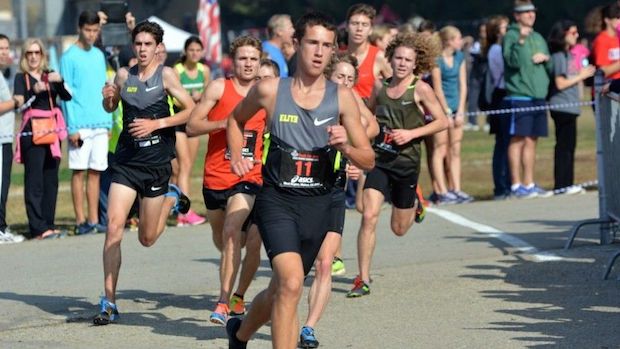 Tamagno continued to do much of the leading on the course which he set the 2.93 mile course record earlier this season at the Mt. SAC Invitational as Maton and 4-time Idaho state champ Elijah Armstrong found their way to the front together at two miles in 9:57. 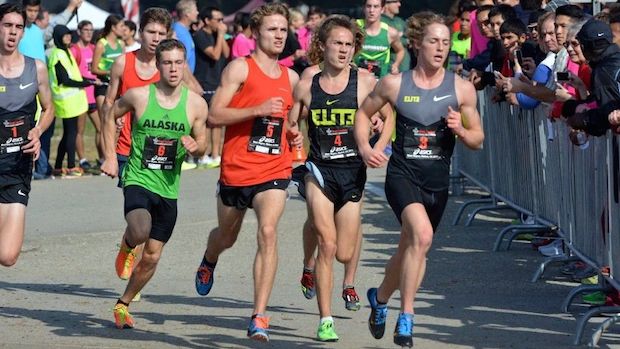 Armstrong, who had won a national title two years ago as a sophomore indoors in the 5K, had appeared to slip a little bit leading up to this race on his previously firm perch as one of the top 5 or 10 returning distance runners in the state. He took losses and 3rd place finishes at the Bob Firman Invite and NXN Northwest Regional in his two most competitive races earlier this season. 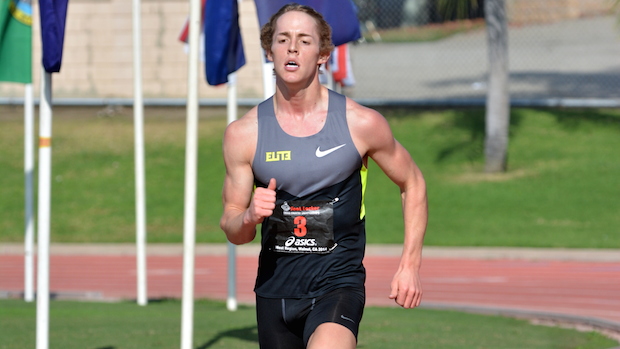 However, the US #11 ranked Armstrong's next national ranking will be much higher in this week's pre-Foot Locker Nationals update as he defeated 5 of the top 10 ranked runners in the country with US #2 Maton, US #5 Austin Tamagno (CA), US #7 John Dressel (WA), & US #10 Levi Thomet (AK). The Boise State recruit Armstrong pressed the last mile to pull away for a 15:24 victory to suddenly put him back in the discussion as a national title contender. 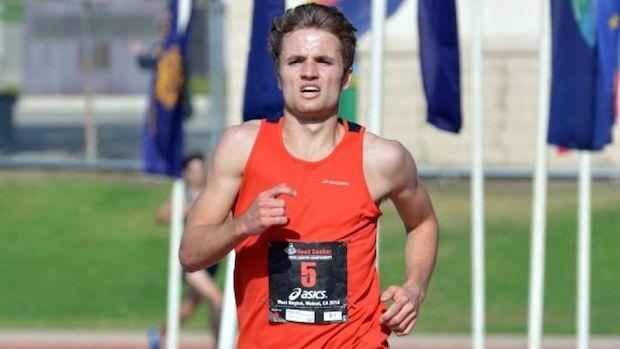 Trevor Reinhart, a lacrosse player in the spring who has yet to become a truly year around runner, has come on strong again at season's end to earn a return trip to Balboa Park in San Diego with the unranked runner grabbing second place in 15:28. 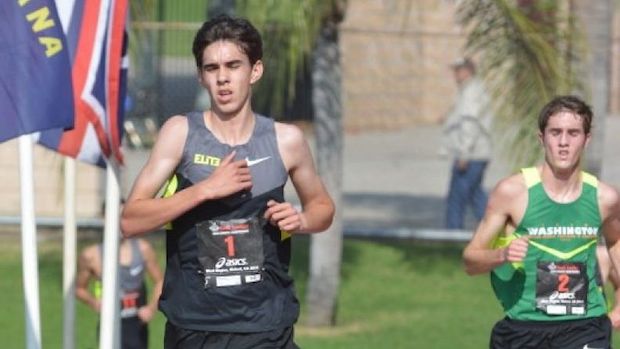 After a little bad blood from their Oregon/Washington Border Clash race and finish, Maton (3rd, 15:36) was able to finish ahead of the 2013 Foot Locker Nationals runner-up John Dressel (4th, 15:37) for third place by a second. Despite neither finishing among the top 2 in the region, the purpose is to simply qualify for the next race, which both expect to be two of the top challengers for defending champion Grant Fisher from Michigan and the Midwest Region. 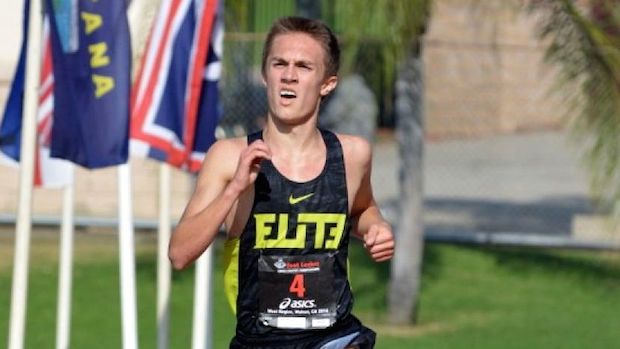 Welcome back Conner Mantz as he and others once feared his season might be over with a stress reaction to his femur leading up to his Utah State Meet in mid-October, but Mantz apparently has been able to manage the injury since then and get close to his top fitness to qualify for Foot Locker Nationals again in 5th place (15:39).

The first qualifier who was not a qualifier one year ago was Brea Olinda (CA) junior Austin Tamagno. Coming off sickness last week and having to work harder than need to claim his California D3 state title as well as lot of attention (some negative) about his decision as well as his team's to split up for NXN/Foot Locker Nationals, Tamagno was able to hold onto a 6th place national advancing spot (15:43) after falling off the pace from leading the first two mile. 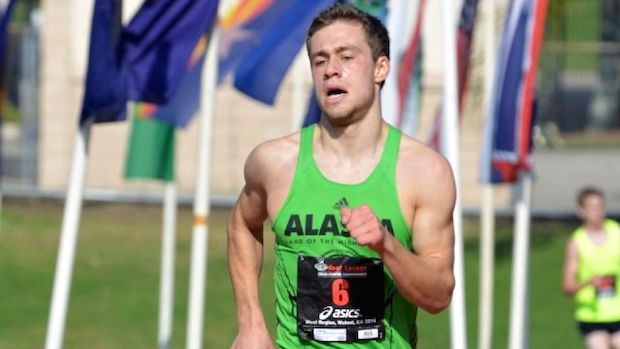 Two months removed from his state meet in Alaska, Levi Thomet is moving onto a second Foot Locker Nationals and aiming to race for an All-American finish after just missing top 15 last December. Making the long trek from Kodiak Island, Thomet led the final pack of qualifiers in 7th place with a time of 15:52.

Following Thomet through the chute for the last 3 spots for nationals were Utah 4A state champion Josh Collins, who won NXN Southwest but opted out of racing in Portland to roll the dice that he could qualify for Foot Locker Nationals out of the tough West Region. His gamble paid off in an 8th place finish of 15:54. 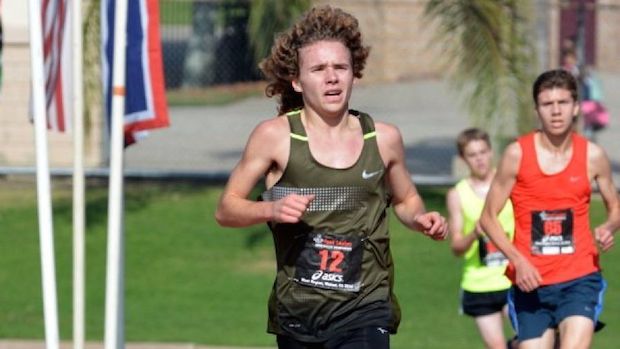 The state of Utah is sending 3 boys qualifiers to San Diego with Mantz, Collins, and East High School junior Garek Bielaczyc. The 9:30 two miler Bielaczyc was a mild surprise qualifier after finishing 4th in his state meet race and 19th two weeks ago at the NXN Southwest Regional.

Sub 16 minutes was literally the cut-off time to qualify for Foot Locker Nationals as Bishop O'Dowd senior Colin Burke grabbed the 10th and final spot in 15:59. Burke had finished 3rd last week in the California D3 state race and had wins earlier in the season in unseeded races at major meets in the Clovis Invite and Stanford Invite (15:08 5K PR).

The results and pecking order at Foot Locker West certainly saw some unexpected shuffling, which should see that trend continue into next weekend with virtually every West Region finalist still believing they are the man and one who can win it all at the end.