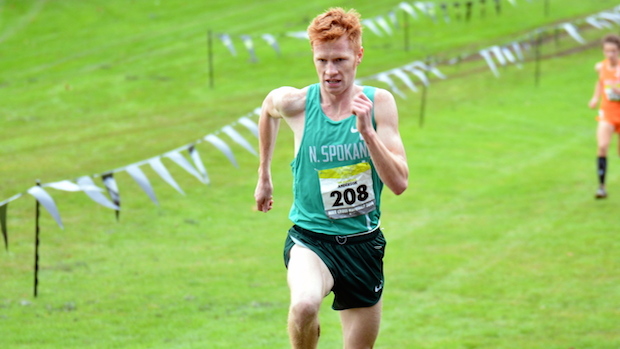 There was no denying who was the clear-cut favorite to win the boys’ race at the Nike Cross Nationals.

All the pre-meet hoopla was focused on just one individual, Tanner Anderson.

The senior from Washington’s North Central High never let the pressure affect him. On the wet and soggy terrain of the Glendoveer Golf Course in Portland, Oregon Saturday morning, he also never let anyone get in front of him.

Handling the pace-setting from the moment the smoke cleared the starter’s gun, Anderson became the second straight winner from the Spokane school to win an individual title, crossing the line with a winning time of 15 minutes, 11 seconds. Finishing just two ticks of the clock behind him was Madison West (WI) senior Olin Hacker. California’s Caleb Webb of Big Bear High was third at 15:21. 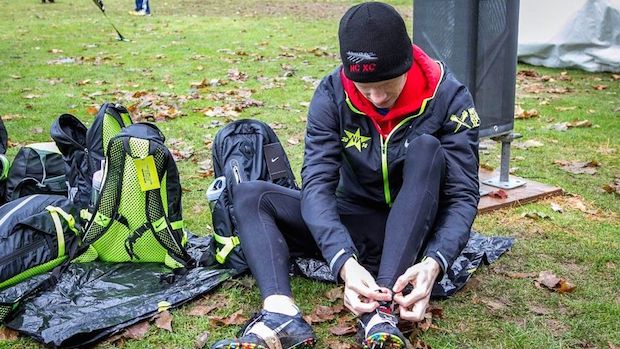 “I knew someone would give him a race,” said North Central coach Jon Knight, who last year saw graduating senior Kai Wilmot take the prize. “If the speed ratings tell you he had a little bit of an advantage. He had to do it, on this given day, on this course, in the mud. Everybody is pretty good. There is always a chance someone is going to stick it to you. He just executed.”

The talented field that lined up at the start featured more than a half dozen runners that have dipped under the 15-minute barrier for the 5K distance. Anderson went into the race with a simple plan to not get carried away at the beginning.

“With a race like this you are not running away at the start,” he said. “I think if I was going to try and do that it would have been the wrong move. I knew I was going to have to run (hard) in the middle and that’s exactly what my coach told me to do.”

“I told him to run hard in the middle because if you leave it until a kicker’s race anything can happen,” Knight said. “It’s not our style to leave it to a kicker’s race.” 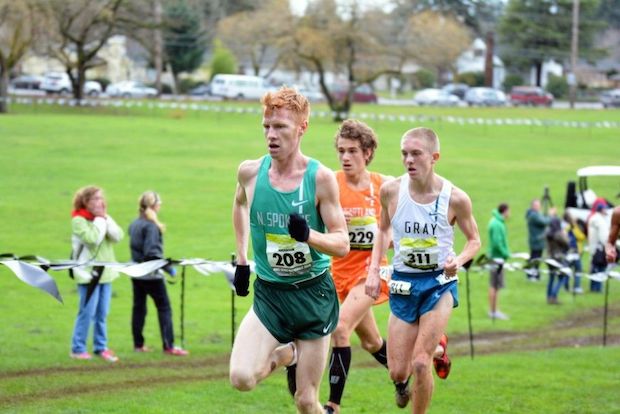 With the red-headed Anderson out front, a small lead pack that also included Hacker and Webb hit the opening mile at around 4:35.

Knight was situated at various points on the course and could see that everything was going as planned for his star runner.

“He looked very under control and probably could have put in a good hard move and broken away,” he said. “But with those hills at the end you go to make sure you have some juice to finish with.”

Anderson, a third-place finisher at last year’s NXN, had the chance to compete with a few national-caliber athletes prior to Saturday’s race, particularly state rival and recent Foot Locker finalist John Dressel of Mount Spokane. Dressel defeated Anderson on Nov. 1 at the conference championships and then Anderson returned the favors at the WIAA 3A State Championship where he beat Dressel by nearly 15 seconds with a personal best of 14:31.70.

At the NXN Northwest Regionals, Anderson earned his berth to the nationals by ignoring a challenge from Alaska’s Levi Thomet of Kodiak and Idaho’s Elijah Armstrong of Pocatello, two more elite harriers.

“I think it’s important to race big competition before you start coming into these really big races,” Anderson said. “Running against John at the state meet taught me a lot. I saw how he spent himself in the second half of that race. I was ready to spend myself if that’s what it took. I learned not to go so hard in the middle that you couldn’t finish. I do owe a lot of credit to my racing to John.  He’s an amazing kid and an amazing guy.”

As an added bonus, Anderson also got to share the stage with his teammate. North Central made it to the podium by finishing a surprising third in the meet with 178 points. Fayetteville Manlius of New York won its first-ever national crown, defeating runner-up Wayzata, 111-159. 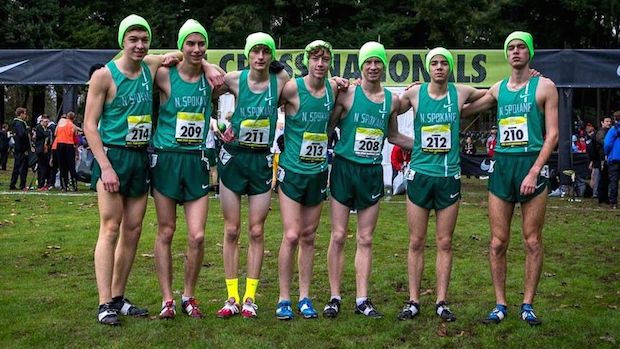 “No one really predicted us to take a podium finish but I did,” Anderson said. “We put in the work and I knew we were going to be up there. If people saw the way we worked the last few weeks they would have said these guys are ready. These guys are ready to go.”

Anderson sacrificed a sure spot (and possibly victory) at the Foot Locker Nationals next week to help his teammates in Oregon.

“I think Tanner is a really good teammate and he’s here because he loves these guys. He could be down at Foot Locker but he’s not. He understood that this would probably cost him in the personal rankings but he was okay with that,” Knight said. “He was here for his team. To me that makes him a champion in all kinds of levels….If you asked him right now he would be more proud of our team’s third-place finish than the individual.”