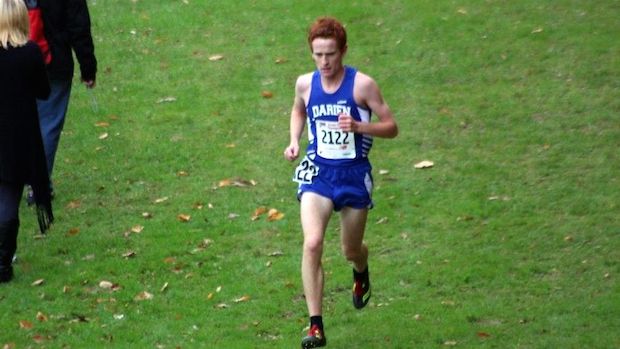 Alex Ostberg won the Connecticut State Open with an incredible course record performance of 14:58. The Darien senior and Saucony Flo50 #2 ranked Ostberg blew out the competition with a 36 second margin of victory at the Wickham Park 5K course in Manchester, Connecticut. After winning a national title last spring in the 5K at the New Balance Nationals title, Ostberg finally got the monkey off the back in winning his first Connecticut State Open title. Next up will be New Englahd Championships and Foot Locker Northeast for one of the top challengers to Grant Fisher for the Foot Locker Nationals title.

In the team competition, the Danbury boys used a 35 second pack for their top 5 to get redemption from a loss last week at their division meet to win the state title 83 points and 16:21 team average. 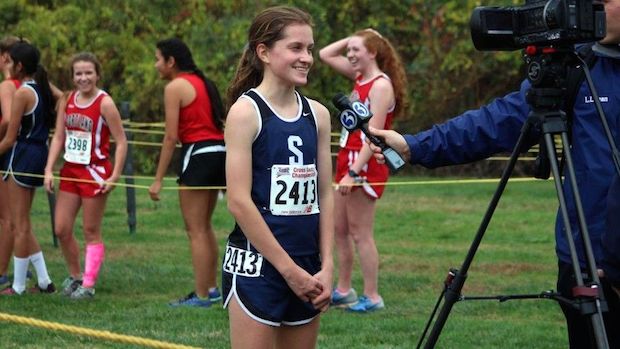 Saucony Flo50 #2 ranked Hannah Debalsi of Staples successful defended her Connecticut State Open title with a commanding win and sub 18 minute performance at 17:59. The returning Foot Locker Nationals runner-up Debalsi created a 44 second gap between herself and the next closer finisher in Coventry senior Elisabeth Jean (2nd, 18:43). The junior Debalsi was 14 seconds slower than her 2013 win, but seems to be edging closer to her top form from a year ago as she intentionally has been gearing for a late season peak in December at Balboa.

The Tolland girls might be a team to look out for and surprise at the New England Championships and NXN Northeast Regional after they rolled through championship season in their homestate including a resounding 73 point margin of victory for the team title on Friday including 4 girls among the top 13 places with times ranging from 18:55 to 19:22.