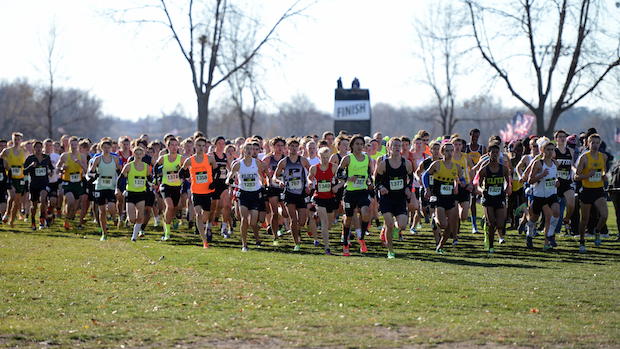 A heavy dose of state championship meets this weekend, but also this Sunday will be the first of the Nike Cross Nationals regionals with the Heartland Region. (Photo by Kraig Lungstrom)

Highlights, coverage, and results from the top meets across the country on the weekend of November 8th. Check back all weekend long with updates on the top national performances in high school cross country.