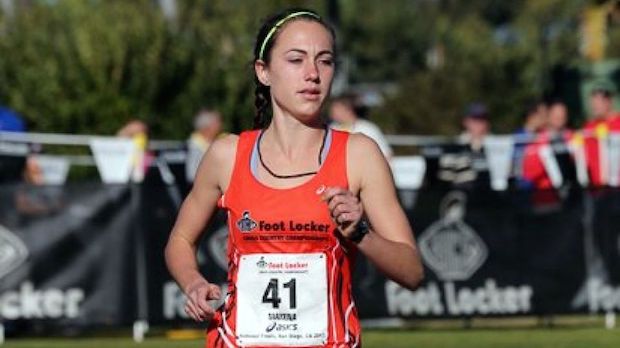 One of the best runners to come out of Montana, Makena Morley, decides to keep her talents in her home state as she commits to run for the University of Montana. We caught up with the US #12 runner to ask her a bit about the recruiting process and her reactions after the big decision.

What was your immediate response after you made your decision to attend and run for the University of Montana?

My immediate response after I verbally committed was relief! I had been pretty stressed out about picking a college and once I knew that University of Montana was going to be the college for me I was so happy!

Why did you make the decision to stay in your home state when you had the opportunity to choose from many schools throughout the entire nation?

I went on three visits including the University of Montana and I was going off what I felt in my gut was the right place for me. I knew it would be awesome to stay in state for college but I also wanted to go where it was the best fit for me. I'm now so happy that I got that gut feel about the University of Montana because I get to represent the state that has supported me so much during my high school career again in college!

What were some other main factors in deciding on Montana?

Some of the main factors in choosing the University of Montana was that the coaches are amazing and they really fit me and I know they will work with me very well and bring me to the goals that I want to accomplish in college. Also the team is definitely building and I wanted to be at the front of that step; it is so cool to see that with just a couple more key players on the team that University of Montana could be a contender, that is awesome and I want to be a part of that process! I also love the town of Missoula and all the trails and running places. It is also close to home. I'm very close to my family so I'm super excited that I will be able to watch my sister and brother finish out their high school xc and track seasons!

Montana isn’t the biggest name school when it comes to running, was joining a top notch, historic program not as important to you?

I never really wanted to join a top notch running school with a big history...I come from a small team and I have always felt that being a part of a team that is building would be an awesome experience. Also, the coaches are more individualized sometimes at a smaller school and I really like that about University of Montana! They really care about you as a person and they want to do what's best for you!

Why make this decision in the middle of your last high school XC season when many people wait until after the XC season to prevent distractions and knowing they could run a lot faster throughout XC and track and be even more attractive to college coaches?

It was very stressful to try to juggle college visits and xc meets, but since the first signing period was moved to November I wanted to get some visits done before then (colleges of course want you to sign in the early one but they also were good about saying that it is okay to sign in April too). I actually wasn't going to sign in November, but once I visited the University of Montana I just knew it was the place for me; and it took so much stress away. Now I can just focus on the rest of the season and not have to worry about where I'm going to college! 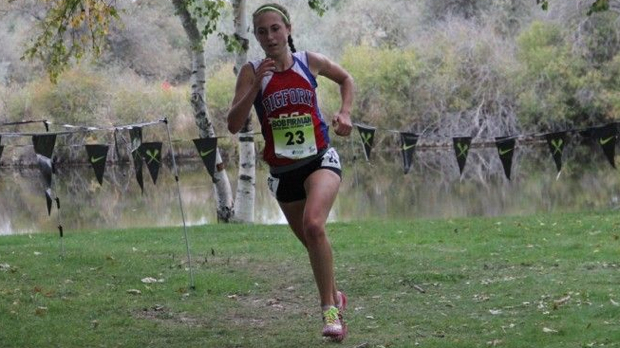 How did you like the coach, training philosophy, team, and training grounds at Montana?

As I said before I love the coaching staff at MT! They are amazing and they really want what is best for the athlete. They focus a lot on working with the mental side of running (which is a huge part of the sport) which I feel like a lot of coaches forget about a little bit; that is also a weakness of mine so I'm excited to be able to work on that with them! They have great workouts and amazing places to do those workouts! They run on different trails all the time, so the training is never monotonous! Missoula is an amazing running town so that is really exciting! The team is also amazing! They are so supportive and they want you to do the best you can do! I feel like I really fit in with them!

What are you most looking forward to or hoping to accomplish in your upcoming four or so years at Montana?

I'm really hoping to win an individual NCAA title during the years that I will be at MT. And I think if the team gets the right people we could be in the top 20 within the next four years, that would be amazing!

What other schools were you looking at or visited prior to deciding on Montana?

Other schools I visited were the University of Utah, Northern Arizona, and CSU Pueblo! I was also looking at Boise State and Iowa State.

The best part of the recruiting process for me was getting to know so many coaches and actually getting to know myself even more and see what would be the best fit for me (I had to grow up some in this process which was good)! Verbally committing was probably the best part of the whole process so far though! The toughest part was being so stressed about making the right choice. It was also super hard to tell a college that I really liked that I had found the right one for me and that it wasn't them; I always felt really bad doing that because they had put so much effort into me!

What are you excited about when you think of the future of the Montana program?

I'm really excited that the program will be building a great team!

I would love to be a PE teacher and a xc/track coach after college so I'll study education and then all the studies needed to go into coaching!

University of Montana are the Grizzlies. Do you truly like grizzly bears or do they frighten you?

Oh my, Grizzlies are definitely very scary! I don't think anyone thinks they are cuddly, but maybe now that I will be a grizzly the Bears will take me in as family!

Have you ever encountered a grizzly bear before? If so, tell us about the interaction.

I've seen them like four times in my life here...just this last spring a mamma grizzly and her three Cubs ate all our chickens. Then they kept coming to our house to see if more would show up! We had to run with pepper spray whenever we ran around my house because they were just roaming the neighborhood!
Interview with FLWest Girls Champ Makenna Morley and sister Bryn Foot Locker West Regional Dec 06, 2014
Makena Morley (MT) - 8th Place Foot Locker Nationals Dec 15, 2013
Makena Morley Pre-Race Foot Locker Nationals Dec 10, 2011
Tweets by milesplit