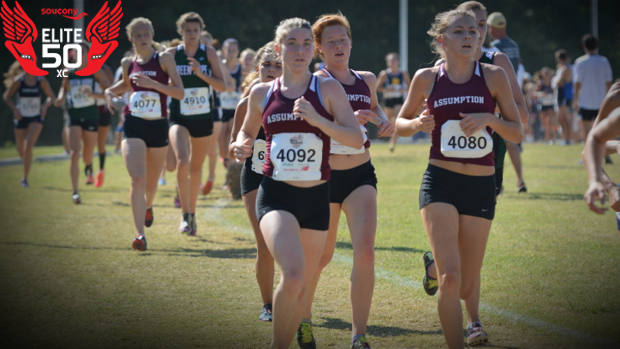 It was a quiet week on the team front, but there were still a few fireworks on display.

Assumption (KY) girls made it known that they are a force to reckon with this year as they recorded an impressive win over Blacksburg (VA) at Great American this weekend by a narrow score of 95 to 96.  As a result they move into the #8 spot overall in the US.  It was truly a great battle of two top-10 powers but the race behind was equally great.  Green Hope (NC) got the best of Saratoga Springs by finishing 3rd with 139 points to move to #16 in the US.

The girls of Rockford (MI) are also looking good, moving into the rankings for the first time after beating a great Saline squad at the Portage Invitational by a score of 62 to 84.  Also faring well this weekend were the girls of Davis (UT) who won the Westlake XC Classic over a good American Fork squad 34 to 82.

Stay tuned each week as we bring you the Saucony Elite 50 Team Girls every Wednesday morning!