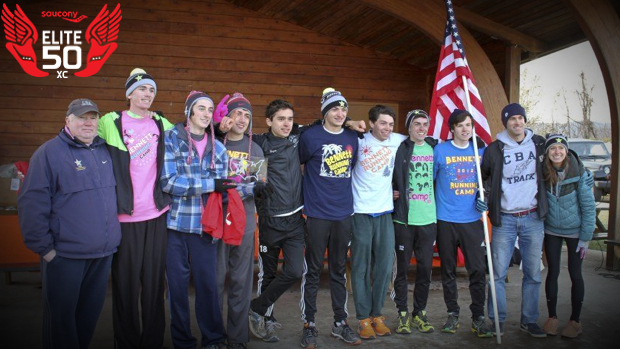 It's the final week for the Boys team rankings as we contest the Nike national championships this weekend at Portland Meadows in Oregon.

The California State Championships is always a great show but the Division 1 boys race this year was quite special.  That race had a great team battle where the boys from Arcadia proved they can race gutsy when it counts and won with 59 points.  Madera South raced hard and took the 2nd spot with 88 points while Dana Hills finished 3rd with 132 points.

Out of the Nike Northeast regional another title favorite emerged as Christian Brothers Academy (NJ) qualified for nationals with an impressive showing, scoring 85 points.  West Chester Henderson (PA) finished 2nd with 114 points and will join them in Portland.

At the Southeast regional a very strong top-3 secured a spot for Brentwood (TN), who won the team battle by 1 point over a surprise Severna Park (MD) who will join them in Portland as they finished 2nd.

Stay tuned each week as we bring you the Saucony Elite 50 Team Boys every Thursday morning!