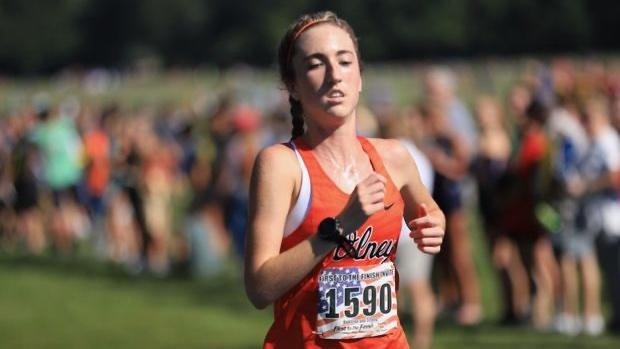 Tatum David is back in Illinois where it all began, where her family and friends are.

This past weekend, she made her senior cross country debut in her familiar Olney orange jersey at the First To The Finish Invitational at Detweiller Park, the state cross country course in Peoria. In her first three-mile race since 2020, she clocked a time 16:51.30, and perhaps more impressively, won the race.

While the performance gave the first indication of David, the No. 10 ranked runner in MileSplit's preseason national rankings, in her final season, it also set in motion what could be a fruitful year across the state this fall, with the Illinois setting her sights on a year full of highlights and ending with national success.

Four years ago, though, her journey began. The Olney High School senior won her first cross country state title in 2019. The following year during the pandemic, David's life changed as she transferred to IMG Academy in Bradenton, Florida.

There, she experienced success on the cross country course and on the indoor track. She set a personal best for 5K with a 16:41.41 at the Desert Twilight XC Festival and later finished eighth at the XC Town USA Meet of Champions.

Things were going well for David, but after the indoor season, things took a turn.

She battled a stress reaction during the spring and it left her unable to compete and train consistently for seven months. Along with that, her family moved back to Illinois for her father's job.

"The biggest [challenge] was just trying to build back what I had," David told MileSplit. "It was hard because mentally knowing you haven't ran for seven months, that was the hardest part. I didn't know if I would come back from that injury or not. I had to stay determined and dedicated to the training to be able to come back."

David felt that being home was the best decision for her, and so she made the decision to transfer back to Illinois in 2022.

When she received support from her family and friends, and was back on her normal routine, it helped make a difference in her return back to the track. Meanwhile, she kept her eyes on the bigger picture.

Patience and trusting the process became the lesson for David as she did everything she could to get back into the sport she loved.

And in turn, she came back stronger than ever. * Tatum David won the IHSA 2A Girls Track and Field State Championships with a US No. 7 performance in the 3,200m

"Ending my season with those times, definitely helped my confidence a lot," David said. "Knowing that I was back and knowing that I was better than I was before, I knew I did everything I could. All the hard work paid off."

A few weeks later, David had one of the best races in her career at the HOKA Festival of Miles. 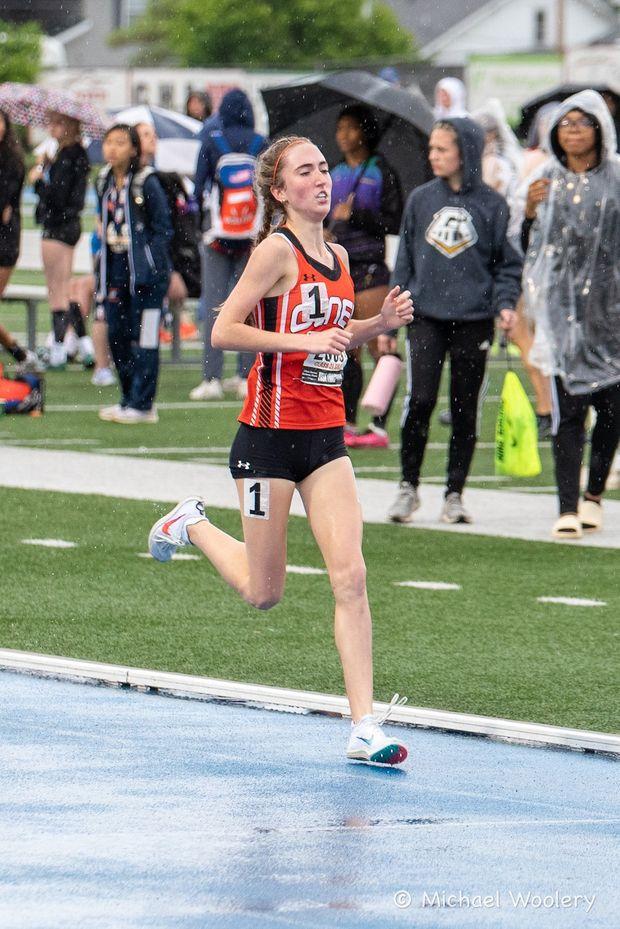 "I was definitely excited after that race," she said. "I wasn't expecting that! It was good to end my season on a high note."

As the cross country season kicks off across the country, David looks forward to competing against the local and national competition on the course.

"I missed the cross country season last year because I was injured," David told MileSplit. "It feels like it's been forever since I raced cross country but I'm really looking forward to it."

The senior has goals she's looking to achieve before graduation.

David said she will go after her second IHSA Class 2A cross country state title and the course record of 15:53.53.80, which was last set by Judy Pendergast in 2015.

David said she wants to also qualify for Team Nationals and the Eastbay Cross Country Championships.

Most importantly, though, she's looking to remain healthy throughout the season and have fun.

Better yet, she's back in Illinois where it all began.