Tucked away behind the North Carolina A&T stadium last week at the AAU Junior Olympic Games in Greensboro, North Carolina, one Texan held dreams of 70 feet.

Having traveled over 20 hours with his family from San Antonio to reach his destination, Michael Pinones wasn't going to let the moment slip away.

He was even second in this same meet last year.

But by the end of this day -- last Wednesday, August 3 -- and over the course of six throws, the rising senior at East Central High School showed why he should be viewed as the top returning athlete in the circle this time next year.

Pinones went on to land four throws better than the 16 best shot putters in the country for the 2022 outdoor season, culminating with his last and final mark: A PR of 20.57 meters (67 feet, 6 inches), which moved him up to U.S. No. 5 in the country and the best junior in the nation. 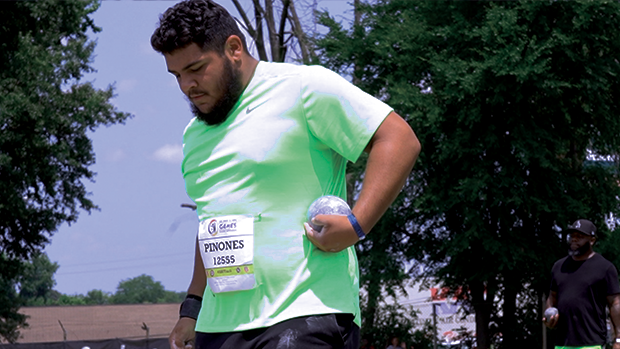