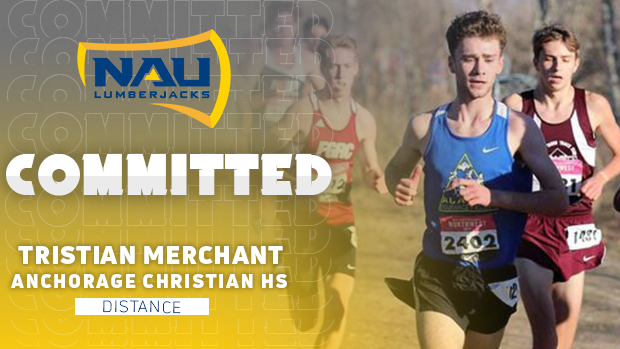 Northern Arizona University has been a powerhouse men's program in cross country over the last half-decade, winning three National Championships over the last five years.

On Wednesday night, it added another top-tier recruit to its 2021 signing class.

"I am happy to announce that I will be going to Northern Arizona next year," Merchant wrote. "This decision came through a lot of discussion and prayer glad to finally know where I am going."

Coming off a big 2020 cross country season, NAU scores an underrated athlete with a lot of upside. Merchant is the No. 48 prospect on the most recent list of Milesplit's Class of 2021 Top 50 Boys Recruits. 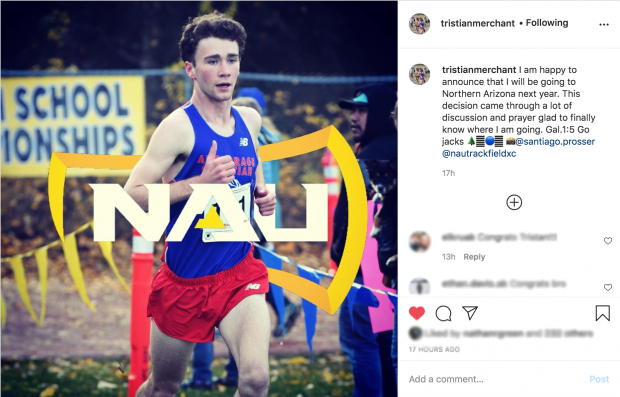 Merchant recently added his third Alaska state cross country title this fall when he clocked the fastest time ever run on the Kincaid Park course. His 5K effort of14:51.00 is also the only sub-15-minute performance on the course.

He now has five total state titles to his name -- two on the track and three in the cross country -- not to mention All-American honors from 2019, when he earned a 13th-place finish at Team Nationals.

The MileSplit50 No. 2 rankedMerchant joins Wisconsin distance standoutJack Scherer, who gave his verbal commitment to the Lumberjacks earlier this fall.

A year ago, the Lumberjacks nabbed the top distance recruit in the Class of 2020, Nico Young.