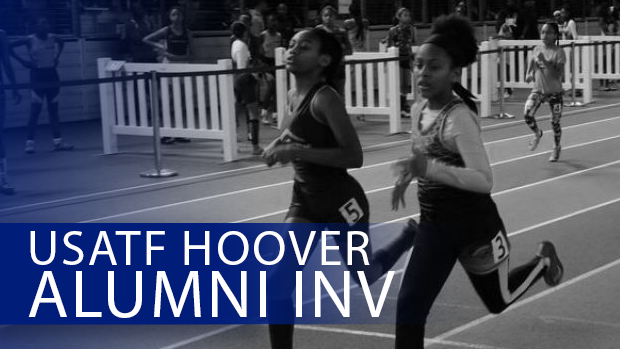 National-class talent has always showed up at the USATF Indoor Hoover Alumni Invitational.

And this year is no exception. An exceptional talent returns to the early-season primer in Birmingham, Alabama, on December 29 ready to bust the rust.

But Davis may only concentrate on just one event. Last year, she chose the 200m, where she ran 24.08 seconds -- and pulled two others to sub-25 efforts.

So don't be surprised if Davis has switched focus to the 60m this year -- or, really, if she returns to the 200m.

"I would say winning the 60m at New Balance Indoors last year may have been the highlight of my freshman year because I'm not known as a starter and to hold off those great athletes was a blessing," Davis told MileSplit for an article on December 18. "That was a great accomplishment for me knowing that we don't do indoor track in Florida and that I only do three indoor meets before the New Balance championships."Beyond Davis, the meet often welcomes equally as talented athletes from the south. That includes ATL Zoom (GA) sophomore Trinity Price, Hewitt-Trussville senior sprinter Hope Igbinoghene -- No. 41 in our top 50 recruits for the Class of 2019 -- and DC Express Track Club senior hurdler Darci Khan.
It's also possible that we see the 2018-2019 debut of Atlanta Lakeside (GA) High School sprinter Brian Herron, who finished last year's indoor season ranked No. 1 on the MileSplit50 and opened our debut rankings at the No. 1 position. He ran what was then the No. 4 indoor 200m of all-time last December.

Herron, our No. 1 recruit of the 2019 Class, signed with the University of California in November and will be looking for an impact-laden indoor season after competing in just one race over the outdoor season.

Herron was the first athlete to drop a sub-21 second 200m effort last year, and he could be aiming for the same kind of impact on Saturday. But the Flight400 athlete will likely be joined by his teammate and fellow USC signee Nicholas Ramey, who was a part of the United States' silver medal junior team at the IAAF U20 Championships in July in Finland. Ramey opened the season at No. 19 on the MileSplit50 and is our No. 12 senior recruit in the Class of 2019.

The indoor meet also brings an array of boys talent. That could include Southwestern (KY) High School senior sprinter JP Vaught, or Shiloh (GA) High School mid-distance athlete Elijah Berry, who will be looking to hit on a fast 800m time.