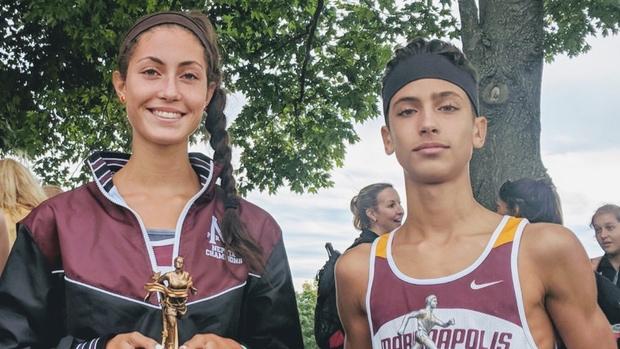 Marianapolis Prepatory sophomore Sydney Masciarelli is a bit of a mystery.

The first year cross country athlete from Connecticut zoomed into the national discussion on September 22 at the relatively low key Canterbury Invitational in New Milford, shattering the old course record by 86 seconds while earning a 149 speed rating to announce her debut on the scene.

Officially on the national radar.

"I was blown away that day," said Emily Gaudet, Masciarelli's 28-year-old coach and a former Hamilton College runner. "I had never seen her run a cross country race before and I didn't know what she would run."

But the Connecticut native proved it was no fluke, following two weeks later at the  Wayland Cross Country Festival--a race pitting various age groups on the same course together--on Oct. 7, destroying her female competition en route to a course record 17:47 for 5K.

It was all sort of a blur for Gaudet, the school's six-year head cross country coach who said she felt the need to look a little harder at Masciarelli's training plans after those eventful performances. She rushed to get the sophomore signed up for The Mayor's Cup 5K, an age-group event run by the Boston Athletic Association at Franklin Park on Sunday.

Masciarelli is 15, but Gaudet signed her up to run unattached with the over-18 division, the group with semiprofessional and collegiate runners.

"I requested an invitation," Gaudet said.

The big reason for that? Marianapolis Prepatory doesn't compete in the Connecticut Interscholastic Athletic Conference, the state's public league which hosts divisional and state championship races.

That means Masciarelli won't face Pomperaug's Kate Wiser, or any other of the state's top runners, and she won't compete at the New England Championships, which brings together the best athletes from Connecticut, New Hampshire, Rhode Island, Maine and Vermont.

Beyond the Mayor's Cup, Masciarelli's next race is one her school will host called the New England Prep School Division 4 Championships.

She'll run away with the title.

"I've had to look for outside races, just to give her some competition," Gaudet said.

This situation is new for all involved at Marianapolis.

Gaudet certainly knew the sophomore was good--she had logged the No. 1 freshman 2-mile (10:49.15) and the No. 9 freshman 1-mile times (4:58.62) a year ago at New Balance Nationals Outdoor--but she had no idea Masciarelli was this good.

"This isn't common at Marianapolis," Gaudet said. "Over the past 10 years we've maybe had two or three runners go on to run in college, and I was one of them. This is not our culture, so it's been sort of a shock to me, in a good way."

But Masciarelli's talent isn't arriving out of the blue, either.

Her father, Stephen, was a scholarship football player at American International College, and her sister, Sophia, currently runs for Division I Hofstra. 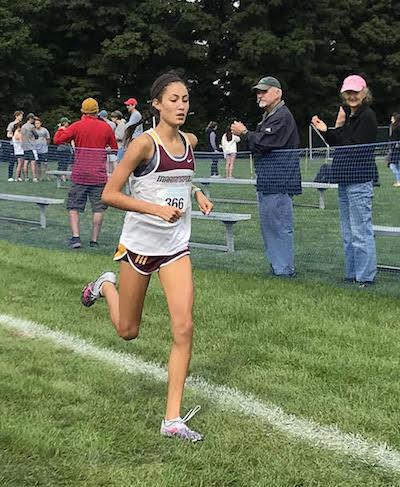 "Sydney is just like her sister," said Loanny Masciarelli, the matriarch of the family who says Sydney is the most athletic of her children. "She's a raw talent. She runs well with very little training."

But without it, we might not be having this discussion.

Last fall, Masciarelli was good in another sport, scoring 21 goals in soccer. And then there's basketball, where the sophomore is already displaying the type of skill that is attracting interest from Division I colleges.

But here's where a familiar theme comes into play, too.

Masciarelli is a competitor. Those New Balance Outdoor times? She wasn't happy with them. Could have been faster. She also wasn't satisfied that her twin brother, Salvatore, beat her time in the 1500m.

"She has all these standards in her head," Loanny said. "She was disappointed. I was like, 'Are you kidding me?' She was 14 when she ran those times."

But that competitive nature has led Masciarelli to the front of her races, and it has elicited some very good workouts. Gaudet says the sophomore trains with Salvatore, and the pair work in tandem during tempo and speed work. He's the only runner who can keep up and challenge her, Gaudet says.

When it comes to actually racing, though? That's where things get tricky. Masciarelli likely won't get a real test of being in a pack until NXR Northeast, which is the race the school is currently considering after the program's division championship.

The essential hallmarks of big-time racing? Masciarrelli hasn't had to plan for competition, hasn't had to make up a gap and hasn't made a move with someone next to her. Mainly, she's been in a league of her own.

But the pond will get bigger at Bowdoin Park on November 24.

"I guess you can say that's a weakness," Gaudet said. "She's racing as fast as she can and as much to guarantee herself a win. The only other time we talked about strategy was at New Balance, but that's part of our training. How do you strategically position yourself?"

All that being said, there's no doubt Masciarelli can keep up with some of the top runners in the Northeast.

Soon enough, the mystery will be no more.