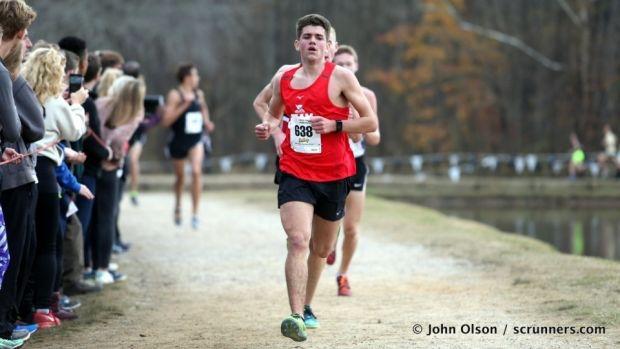 ACWORTH, GEORGIA -- The crowd spoke in low tones and readied their smartphones and cameras.

Two girls waited among the crowd at the finish line. The taller of the two, donning an East Coweta Cross Country shirt, waited anxiously for the runners to appear on the home straightaway at Allatoona Creek Park, particularly for an athlete who had broken every school record.

And he wouldn't disappoint.

Kyle Harkabus is already having that kind of season.

The East Coweta junior is the top cross country athlete in the state of Georgia and his recent accolades--two state track and field titles this spring--speak to the nature of his career arc. Harkabus has a chance to be one of the best distance runners in Georgia history when it's all said and done.

Through three races this fall, he's undefeated with a 5K best of 15:17.58, including his latest win at the Big Peach Mustang Stampede on Saturday, an effort of 15:57.45. And yet, his best could be yet to come at the Wingfoot XC Classic on Saturday in Cartersville, a meet that historically has provided elite athletes and ridiculously fast times.

East Coweta community coach Bill Buckalew has worked with Harkabus since he was in middle school. He said he's most impressed that Harkabus is a "student of strategy" and can study his opponents well.

"The thing about Kyle is that he can change his strategy in a race," Buckalew said. "He can run a tactical race where everyone's kind of running slowly and [he has] a big kick at the end ... but he's also great at the faster races, the more endurance-oriented races."

What speaks to Harkabus' character, however, is his humility.

"My parents are the ones that keep me grounded, [and] just the people around me in general," he said. "My teammates definitely try and make sure I'm a normal person ... I'm not gonna boast or brag about anything, because that just doesn't look professional."

She considers Harkabus a "quiet warrior," and describes him as an athlete who is humble and very focused on what he needs to do.

"He's not a braggadocios student," Rodriguez said. "He's all business, all the time."

Perhaps in step, the junior agreed.

"I just gotta do what I gotta do," Harkabus added.

Harkabus has best displayed his personality through adversity. At Foot Locker Nationals in San Diego, California, last December, he was one of just two sophomores that qualified for the event but finished in 33rd place. He said he battled an illness during his performance.

"I had a mindset of, 'This wasn't the best race, so I'm [going to] try and do better.' I'm not gonna forget about it, but I'm just gonna put that meet in the past and focus on track and doing better in track," he said.

Since 2010, only 10 sophomores have qualified for Foot Locker Nationals.

"I asked his mom, 'Has there ever been a time that he doesn't win a race ... and when he doesn't win or he doesn't do as best as he could have done, how does he respond to that?'" Rodriguez said. "Most kids you would see complaining or coming up with an excuse or whining or something like that-he doesn't."

By not dwelling on the past, Harkabus shined over the outdoor season in 2018, winning the Georgia High School Association Class 7A title in the 800 meter run. He also repeated as champion in the 1600m.

But while both efforts represent boosts in performance and trajectory, Harkabus still has some work to do if he wants to challenge Georgia's all-time greats. 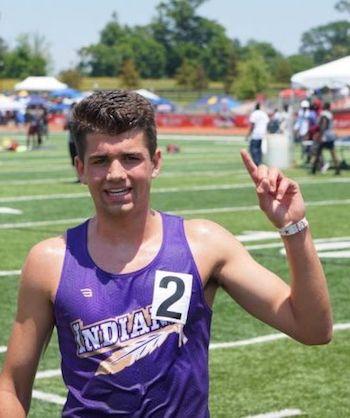 Not one to rest on his laurels, Harkabus recognizes that there is room for improvement. He has yet to win a state title in cross country, though this year the pressure is on.

"We did change everything that we're doing with him this season to make him ready for the postseason races," Buckalew noted. "His progressions are delayed now by about four weeks from the rest of the team just so he'll peak at the right time."

He said his "big goal" this year is to win Foot Locker Nationals.

"My mindset would probably be to try and get the win and go for the title," he said. "To do whatever I have to do."

These performances have only been the beginning, though.

Up next on the calendar is Wingfoot. A year ago, two runners went under 15 minutes.

Harkabus has only done that once in his career, but this could be a great opportunity for the young distance standout to make another impression.

Spectators may just need to have their cameras and smartphones ready.

"We don't really even know what Kyle's real potential is," Buckalew noted. "You gotta give him some good competition in order to see how he really shines.