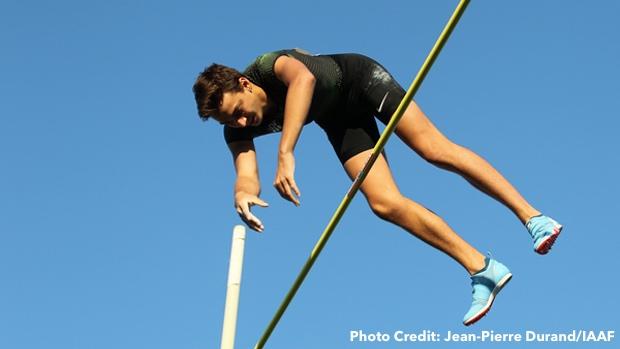 After his first Diamond League victory in Sweden earlier this month, the recent Lafayette (LA) High School graduate followed with a major win in the pole vault at the Meeting Elite de Montrueil (France), clearing 5.91 meters (19-4.5) on his first attempt at the height.

In doing so, Duplantis, an Louisiana State University signee, secured a win over Olympic competition such as Renaud Lavillenie, and posted his fourth such clearance over 19 feet outdoors since March.

Duplantis' mark at 5.91 will likely be ratified after testing was reportedly done -- his 19-5.5 at the Louisiana State Championships, meanwhile, has not been ratified by the IAAF yet --and if so, that mark would eclipse his World Junior Record of 5.88 meters, which was officially recognized in March.

Duplantis cleared 5.61 meters, then moved to 5.81, hitting it on his first attempt. Both Lavillenie and Duplantis tried to clear 5.96 -- Duplantis had the highest clearance heading into that attempt -- though neither was able to successfully eclipse the bar.