A potential state cross country and track and field title contender was ruled ineligible last month by the Colorado High School Athletic Association after his transfer to Mountain Vista High School, considered one of the top running programs in the state.

That wasn't exactly great news for Easton Allred, who just closed out a breakout year in Colorado.

Not only is the sophomore viewed as one of the top runners in the state, but he's quickly becoming a national name in distance circles. On May 31, he posted the top overall mile for sophomores at the Festival of Miles in St. Louis, scoring a time of 4:09.49.

But after meeting with Allred's family at some point last month, the CHSAA ruled that Allred, who isn't a full-time high school student, would be ineligible based on an "athletically motivated" transfer.

It's important to know a few details.

Allred ran during the fall, winter and spring seasons for Rock Canyon High School. In cross country, he finished eighth at state and was third at NXR Southwest in a personal best time of 14:53.00 for 5K. He qualified for his first Nike Cross Nationals, where he was just outside All-American status in 22nd place.

He dropped his US No. 1 sophomore mile of 4:09.49 in a high school section of the race in St. Louis, Missouri, just a few weeks later. 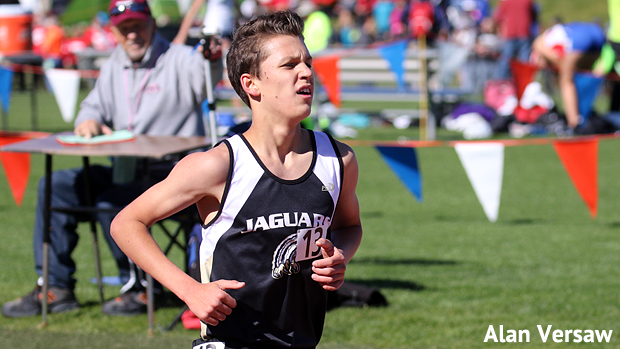 Where does that leave his junior season?

Allred may still be eligible to compete for Mountain Vista in national meets like NXR Southwest, but that will depend on a casing of Nike's rulebook which tackles eligibility.

This past fall, the Brentwood (TN) Track Club was able to compete at an NXR Regional despite several of its athletes having never raced across the state season -- a first in the history of an NXR Regional. But that was likely because all of its athletes were eligible -- they chose not to run based on a prior situation with the high school team.

In time,  Allred will figure out the situation more clearly.

But in the interim, he said he will practice with Mountain Vista, race in JV competitions and could run unattached in collegiate races. He says he hopes to convince Cole Sprout, a potential NXN title contender and friend -- the pair met at NXN -- to do so alongside him next year -- Valor Christian's coach, however, shot down that idea on Twitter quickly.

I coach Cole Sprout and unlike what Easton stated in his video I can guarantee that Cole has no intentions of jumping in a JV race against Easton this coming XC or track season.

Allred hopes to qualify and run in more national meets next spring, too.

"It's super tough for me," Allred said. "The team means a ton for me. For me not to help them out, it's sad.

"Running is my passion," he added. "To be unable to compete and do the sport I love, it's heartbreaking."