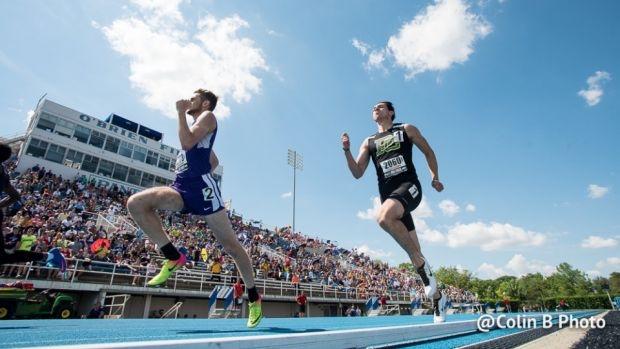 A note: Robert Marchetti writes our Coaches Corner column for MileSplit. Every month, he touches on a specific area of track and field and provides in-depth instruction on it. Personally, we love it. Two years ago, though, he also wrote this insightful essay on why it's important to stay in touch with your training, even when the season is over. For those looking to take that next step, this is a great guide for understanding just what that will take.

For many high school track and field athletes around the country, the spring track season is coming to a close. Some have a few more meets at the state or national level, while others won't advance quite that far and their sights turn to summer vacation.

But for those who aren't satisfied, their frustration may be a good sign. It means they care. It means what they're doing in sport matters to them. It means they want to be better for next year ... And that desire to reach new personal levels is part of the human spirit.

But what is the athlete willing to do about it?

Track and field on the high school level is a curious study. It's a sport where ongoing training is possibly the most critical out of all the sports. Yet ironically, it's the one sport least likely to have kids involved outside the high school system. Many see the end of their high school schedule arrive, and they do nothing for six months until the next November when indoor practice begins.

In contrast, with sports such as basketball, soccer and baseball, very often high school players stay involved in their sport nearly 12 months per year. They do this on club teams, travel teams, leagues, clinics, pick-up games and a variety of activities once their high school season comes to a close.

For example, it's very rare that baseball players don't play summer and fall baseball in some capacity -- whether it be on league teams, or private hitting and pitching instruction. Tennis players and golfers play year round -- high school competition is just one part of their yearly play. Even beyond sports, it would be odd to find a student in the school band who doesn't pick up their trumpet or a tuba for months at a time without practicing or taking lessons in order to be a better musician by the time fall classes begin.

The point of all this is that people who utilize ongoing training will develop better. They will return to the first practice of their next high school season more mentally prepared, better skilled, in improved physical condition and more knowledgeable about their sport. High school coaches typically want that since it feeds their teams with a more capable roster consisting of athletes who possess sharper fundamentals.

When I was a college coach, many parents would ask what their son or daughter had to do to on the track to earn a scholarship, or part-scholarship, or just to make the collegiate team. The biggest influence is that they must get better marks in competition -- any competition. It doesn't matter if their marks are earned in the high school meets, or in summer meets as open competitors, or in junior or youth meets.

Very often a high school student-athlete will contact the university coach with an email listing their future wishes instead of what they've actually done.

Unfortunately, these statements mean nothing. Practice marks mean nothing. The issue at hand is: Did you actually do it in an official competition or not?

The environment one performs in matters, and the environment for personal best performances must be in the real arena of competition with all the factors involved. Throwing 50 feet in practice when you have 35 attempts at it is not the same as having only 3 attempts, a time limit, and other throwers battling against you. College coaches want to know that you can compete, and an ability to compete is a skill. That skill is honed from ongoing training to prepare for meets, and then successful execution in the meets.

A person can't expect to train for six months and do nothing for the other six, and simply get to their full potential and the resultant meet performance levels they want.

There are many roads to roam between June and next winter when the high school season begins. There are summer track camps, clinics, private coaching, and summer track meets. These activities do not have to be a daily routine, or they could be. Either way, staying involved in track to some extent will help an athlete develop.

Last summer and fall, I had several high schoolers come for private training a few days per week to work on their events. They were willing to invest in private sessions with a group or 1-on-1. Their marks in meets went up dramatically during the past season, and some of them even got scholarships. These athletes were more prepared for indoor season, and then started off getting dramatic personal bests in meets. Had they not been dedicated in the off season, their success may have not happened.

While there are no guarantees, those who are willing to commit to being better year round have a much better probability of not only progressing in their events as a personal achievement, but also helping their high school team scores.

If one plays fall sports such as soccer or football, then they will be physically active in summer and fall seasons practicing for those sports. However, if track and field is a person's only sport, the question must be asked again.

What are you willing to do outside the high school schedule do to get better?