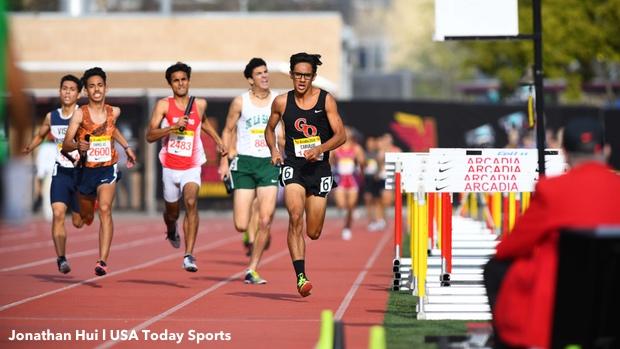 It was a busy day of relays on the first day of the Arcadia Invitational. Here are some performances of note.

2. Great Oak's boys didn't have a terrible day, though. They turned a US No. 6 time in the 4x800 in a winning time of 7:53.29, out-legging Eleanor Roosevelt (CA) to the line by the hair on their legs. Roosevelt was second in 7:53.90. Redondo Union was third, Vista Murrieta was fourth, and Pennsylvania school De La Salle was fifth. 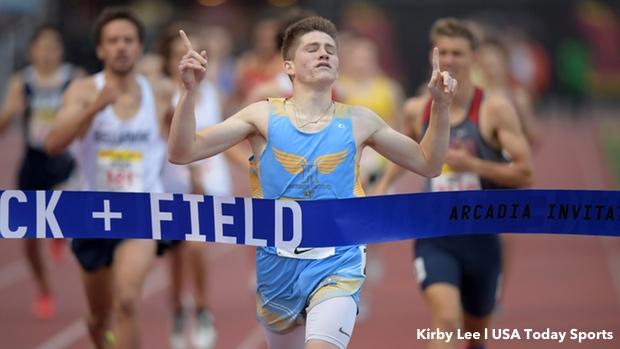 4. Once again, Jett Charvet took over in the 800m. The Heritage High senior and UCLA signee went began to pull away with 300 meters to go -- carrying Bellarmine's top mid-distance stud, Alex Scales, along with him -- though it was Charvet who finished with abandon, crossing the line in 1:52.60. And what a year it's been for Charvet. At this point last year, he had barely crested 2-minutes at the distance, eventually making his way down to 1:51 to win his first CIF title, and then 1:50 at New Balance Nationals to win an indoor championship. The senior could flesh out a remarkable period of results in a few months as he works toward his second straight title.