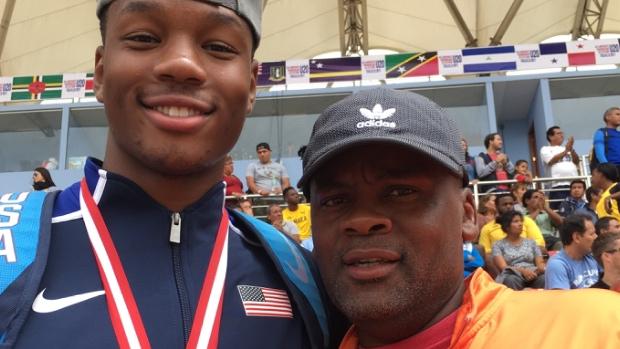 Keith Garland is the father of Germantown Academy (PA) graduate and University of Georgia freshman Kyle Garland, an elite decathlete competing with the Bulldogs in his first year. Kyle coached the Pennsylvanian-born athlete for much of his life, and below he details what it was like to tutor his son through competition. This essay was first published in 2018.

My journey toward training and coaching Kyle wasn't instantaneous. All of his early engagements into sports -- soccer, basketball, wrestling, and track -- saw him on teams that had coaches other than myself. Most of his early coaches, if not all, were great people who helped Kyle develop a strong affinity to team sports and athletic competition. I started coaching Kyle when he was about 8 or 9 years old, but only as a byproduct of the track club I started in my community.

So the genesis of his love for track and field blossomed out of his experiences on that team. But he only determined his interest in becoming an elite athlete in track after what he saw were "one too many defeats."  When he came to me one evening long ago and said, "Dad, I want to be the best," I knew it was incumbent upon myself to try to make that happen.

Our initial sessions weren't track-specific. They were purposeful, but not targeted solely to improve his speed or quickness. Instead, it was a lot of strength work and body control. In my mind, strength and body awareness were the building blocks of athleticism. I knew if I had a kid that was strong throughout his body and knew how to purposely move his weight around, there was a better than average chance that he could be successful athletically.

As those basic workouts progressed and became more consistent, his confidence grew along with his desire to train more and best his personal fitness plateaus. That's when the dad-coach dynamic really became a topic of discussion. We watched workout videos of elite high school, college, and even pro athletes so that he could see what it took for them to reach their personal bests.

After watching and talking with a few folks, I told him, "Dude, are you sure you want to do this? I absolutely love you to death, but if I'm training you it's going to feel like I'm pushing you to the edge of it sometimes. Can we do this without you hating me?" 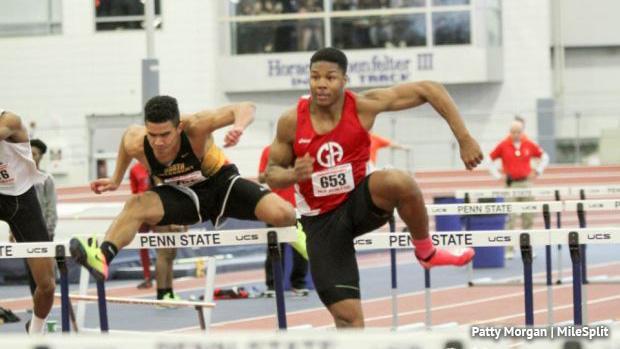 My wife, who didn't grow up in an athletic family, wasn't totally on board with the various things we were doing at first -- early morning workouts, two-a-days, working through fatigue, me yelling occasionally (ha!) -- was a little concerned at first. We talked as a family several times before we were all on the same page, but at the end of the day our relationship as a father and son and a coach and an athlete was built on trust.

Kyle always had trust and knew that I was there to provide, protect, and be there for him as his dad. There was daily evidence in that. And seeing me as a coach, he learned to trust me through his increased performances, gains, and results.

We've had a few battles, where we had to step away to let cooler heads prevail, but we really only have two rules that kept everything running smooth for us.

In those instances where I realized he wanted me to be a dad instead of a coach, I most always obliged. And it made our future coaching sessions more productive.

One of the greatest challenges throughout our journey, quite frankly, has been to ignore the outside noise. There have always been naysayers and people who have questioned my judgment and training methods. It forced me to recognize just how important it was for a coach to strengthen an athlete's mind and his mentality. A great deal of what has developed Kyle into an elite athlete stems from our coaching and training sessions that occurred away from the gym. Riding in the car, having meals, shooting hoops out back; whenever the opportunity presented itself, those were extensions of building mental strength and athletic performance.

He learned how to believe in himself, wrote motivational quotes, listened to talks and studied videos. I taught him to trust his training, to understand systematic goal-setting and to chase outrageous dreams. There were huge components of our daily interaction.

I've been telling Kyle since he was 13 years old, "You're going to be the best ever."  And in his mind, he started to believe it more and more. More importantly, though, he started to understand the kind of sacrifice, dedication, and commitment he would need to make those dreams a reality. His competitions were never about his opponents. It was always about his dreams.

After every victory or milestone he achieved, we privately celebrated like crazy for 24 hours, but ultimately he saw every goal as a step toward reaching his ultimate dream. I think that's one of the reasons why Kyle has become such a phenomenal multi-athlete, with an ever-expanding ceiling. He's unflappable. He knows what he's capable of doing and where he wants to go.

Yet, even with his competitive fire and mental strength, the greatest motif Kyle has embraced has been how to handle his successes with humility.

Another mini-challenge we've had to address over the years is very basic. Why didn't Kyle pick football over track? We're from Philadelphia. Football is sacred in the city. And Kyle is a big dude with a growing physique and great physical abilities. At 6 foot-5 inches and 215 pounds, most people saw him as a tight end or defensive end and didn't see him as the versatile track athlete he's become.

But Kyle never thought about it like that. He's always loved track and field. More specifically, he's loved being a decathlete. He loves the focus needed, the versatility, the endurance, the camaraderie of the event. Plain and simple, he's consumed by it.

He works hard, studies his craft, knows its history, enjoys watching the event and competing. He respects the pioneers and wants to see the sport grow. Without question, he's always been a track guy at heart.

I was confident in his love for the sport, along with his drive and our training and coaching, that he could garner interest from top-level track programs. Kyle promised me he would be all-in. And I promised him I would do and learn everything I could to get him better. We trusted each other, kept our ax to the grind and had faith in the process. The result of which was greater than we could have imagined.

When University of Georgia coach Petros Kyprianou showed up at our front door the morning of July 1 -- the first official day of track recruiting -- saying he wanted Kyle to be a part of his program, we had to pinch ourselves!

Coaching Kyle throughout his high school career has been an unspeakable blessing. I get emotional thinking about it. As a dad, I'm beyond proud, but I can't tell you how many times he's done things in competition and I've just sat back and said, "Wow."

Even after his most recent injury, which held him out of the USA Indoor Championships -- Kyle wanted to qualify for worlds -- he continued to work so incredibly hard. The work ethic, perseverance, and commitment he's demonstrated these last few years is amazing. It's been an thrilling ride for our family.

I've had to learn so many new things which have helped me to become a better coach to him and the other athletes that I work with. I'm super grateful to the number of coaches in our area that have dropped nuggets of wisdom on me and Kyle throughout the years: Deworski Odom, Lincoln Townsend, Rohan Grant, Kenroy Wallace, and Nick Tyson.

It's an incredible thing to see the manifestation of his work. All the things that looked so daunting in the beginning, they don't look so crazy anymore. I know I'm going to miss coaching him every day, but I'm so glad I'm always going to be his dad.